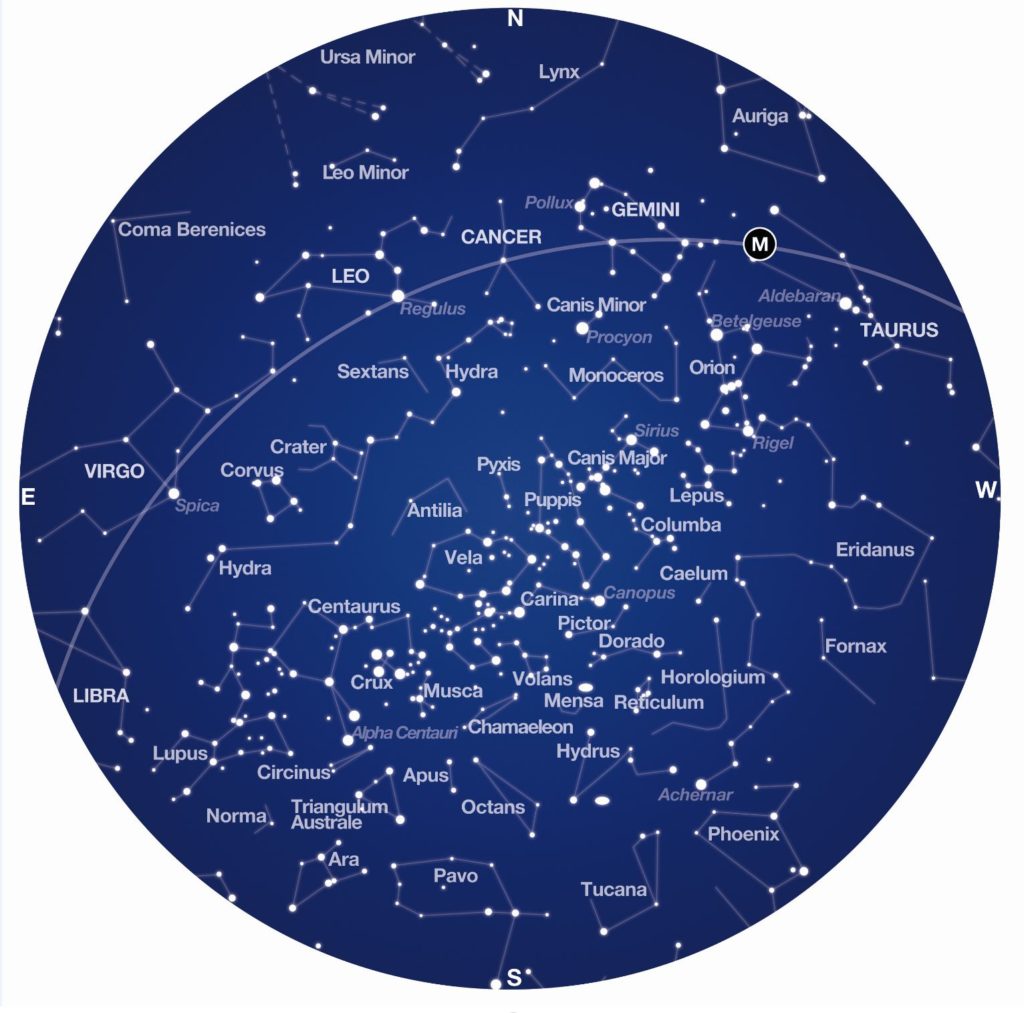 What’s in the sky this April?

This month our evening planets are Venus and Mars. Jupiter & Saturn and Mercury appear in the morning sky. If you have trouble identifying planets from stars the Moon comes to your aid.

Explore the universe through your binoculars or telescope and take in some of the gems of the April sky. These look at their best with no Moon in the sky:

Purchase the 2021 Australasian Sky Guide by Dr Nick Lomb, featuring an annual report of what’s in the sky and the latest astronomical findings. Produced by MAAS Media.

View the Star Map 04 April 2021, which shows the stars, constellations and planets visible in the night sky from anywhere in Australia

Check out these resources for getting started