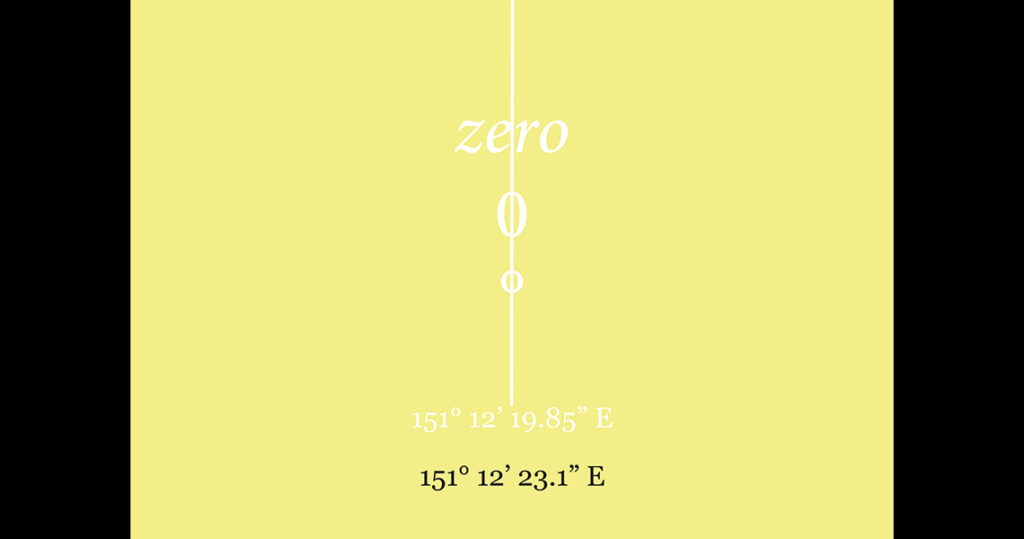 Turn into York Lane, and along the way check yourself out in the mirror windows. About halfway down, on the dirty red wall, is Station 12.

Today the longitude of Paris is 2° 20′ 14.03″ East. But east of where?  This orientation is given in reference to the longitude running through the Airy transit circle at Greenwich, England. Until a certain point in time, Paris was also zero degrees, as every meridian was for its local observatory, operated by a government that sought to regulate time via meridian star transits – in cities all around the world from India to China, and across Russia and America.

How did there come be only one meridian that served as the ‘zero’ point for all the others? The choice of a prime meridian was not a trite competition between Paris, France and Greenwich, England, but a contest for who would become the epicentre for global trade and navigation. This went hand-in-hand with surveying and mapping as a proprietary act, in addition to timekeeping that supported the regulation and control of human labour and markets – all being the key tools required for the expansion of colonisation and imperial power in the 19th century. Those who reckoned time would be in control of this empire.

As we saw at Station 1, from the moment that marine chronographs enabled sailors to keep a device running with the time set at the ‘prime’, it was possible to determine longitude by comparing the clock time to a measure of solar noon along the way – from which you could calculate the hours and minutes of difference between the two.

The late 19th century saw a vast expansion in ocean trade, alongside train networks, wire telegraph communication – in essence the dawn of globalisation, which made the need for a universal time system increasingly urgent, since each country had its own ‘standard’.

With this determination, in 1884, twenty-six countries attended the International Meridian Conference in Washington, D.C. to vote on an international prime meridian. It was at this conference that it was decided there would be a single meridian passing through Greenwich, and that this would be the reference line for global time. From zero degrees (0°) there would be one universal day, and the day would begin at the mean midnight on that prime meridian.

It is hard for those of us born under this universal system to imagine a different kind of time, one spans the life of the universe – although this premise is not foreign to thinkers of a certain ilk, nor for First Nations cultures in tune with the cosmos, these questions have become part of recent discourse regarding the époque in which humans came to dominate the planet with irrevocable consequences for life on Earth.

Yet it was only as recent as 1884 that a single international time-zone system was imposed on the world. Of course this is highly convenient for most of us who live by the clock and benefit from capitalism. Not that we have much choice, since it is probably impossible to undo the convention, now that almost everything we depend on relies on time running smoothly (if it were to collapse today, we’d be talking about something far worse than Y2K).

All the same, it remains not only arbitrary but questionable that colonial power is situated at the seat of an empire that no one else elected. Whilst it is poetic that the meridian line was originally marked passing of the Sun over the spider lines in the Airy Transit Circle eyepiece at 0° longitude, and the start of the Universal Day, who is to say that every day for as long as we can imagine should start the same way?