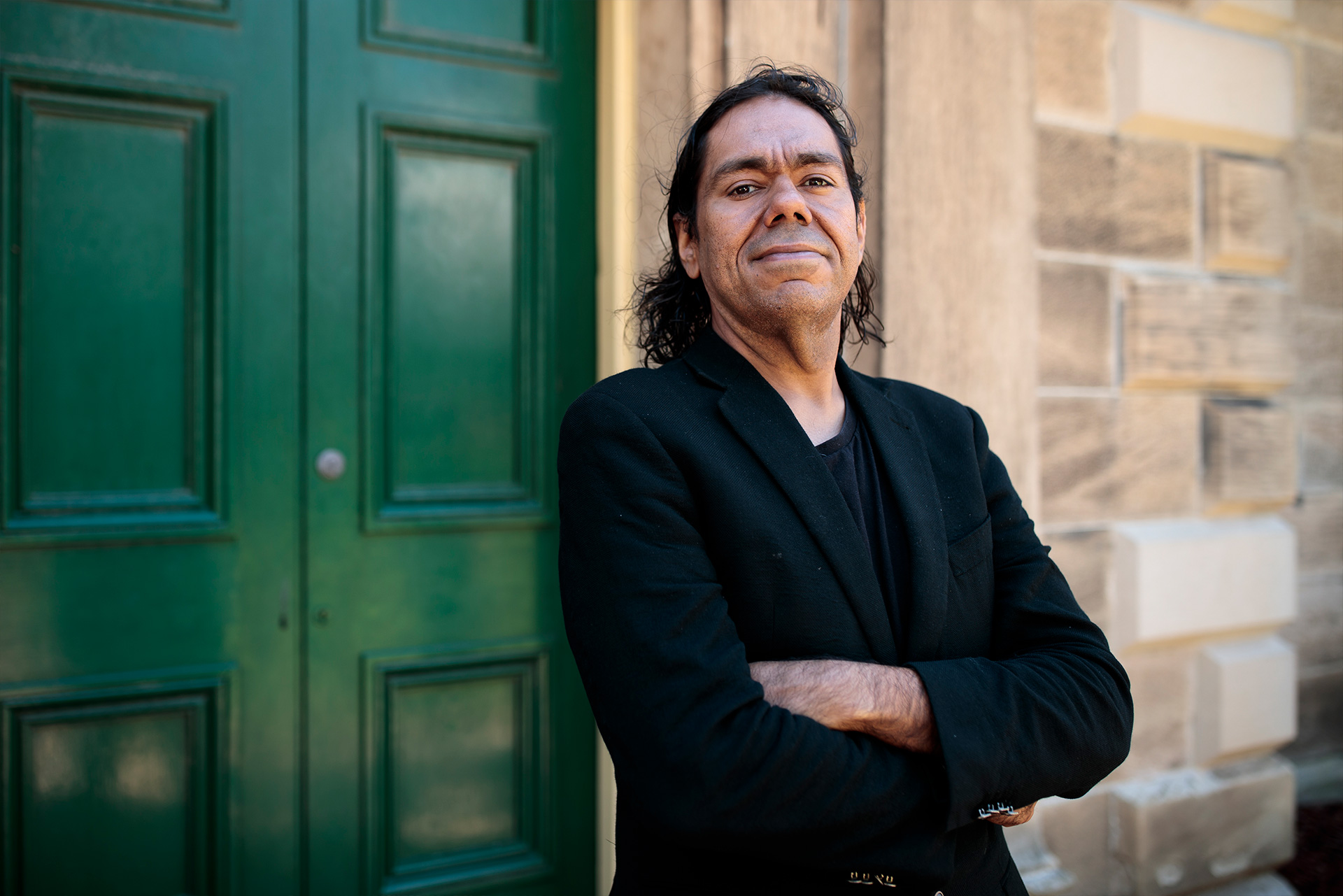 Bio
William Barton has been playing didgeridoo for over 20 years. He first started to learn the instrument in Mount Isa, far North Western Queensland, working from an early age with traditional dance groups and fusion/rock jazz bands, orchestras, string quartets, and mixed ensembles. William started learning his craft from his uncle, Arthur Peterson, an elder of the Wannyi, Lardil and Kalkadunga people. William says, “What I remember so clearly from my uncle is him telling me that the didgeridoo is a language. It’s a speaking language and like any language, it’s something that you’ve got to learn over many months and many years. It’s got to be part of you, and what you do”. Soon after beginning his study, he was concentrating on music full time, and he has been touring internationally since the age of 15. He made his debut as a soloist with a professional orchestra when he was 17 years old. He has since composed works and collaborated with some of the world’s most prestigious orchestras.

William Barton has an Honorary Doctorate from Griffith University (2009) and Sydney University (2010). He has won and an ARIA award for the best classical album (with Kalkadungu, 2012) and a Sydney Theatre Award for the Best Score in a Mainstage Production, in 2018 for Long Forgotten Dream. In 2003 he shared the Freedman Classical Fellowship with pianist Tamara-Anna Cislowska.