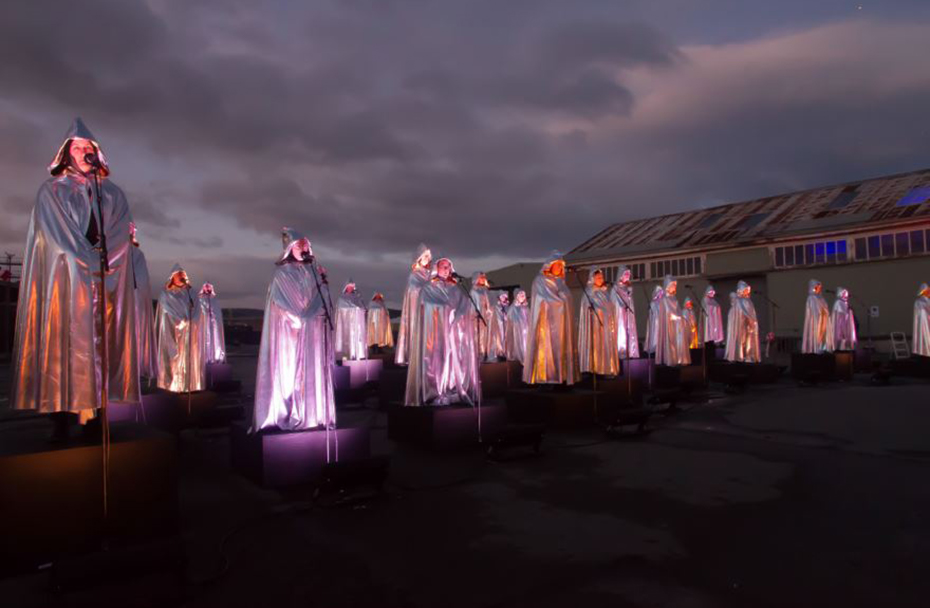 Still from A Galaxy of Suns (2016), image courtesy of Michaela Gleave.

Conceptual and visual artist Michaela Gleave will create a new series of work inspired by astronomical data in the Gaia and Hipparcos star catalogues. Launched in December 2013 the European Space Agency Gaia mission has the objective of charting the position of nearly one billion stars in the Milky Way.

Gleave is a contemporary artist whose conceptual practice spans numerous mediums and platforms including digital and online works, installation, performance, photography, sculpture and video. Her projects question our innate relationship to time, matter and space, and focus on the changing intersections between art, science and society.

Her work has been presented extensively across Australia as well as in Germany, Greece, the United Kingdom, Austria, Hong Kong, South Korea, Japan, Iceland, the United States and Mexico. She has been awarded residencies at the International Studio & Curatorial Program in New York City, Tokyo Wonder Site in Japan, and was resident artist with CSIRO Astronomy and Space Science during 2012-13.