The Powerhouse acknowledges the Traditional Custodians of the ancestral homelands upon which our museums are situated. We respect their Elders, past, present and future and recognise their continuous connection to Country.
Creative Industries Residency Program 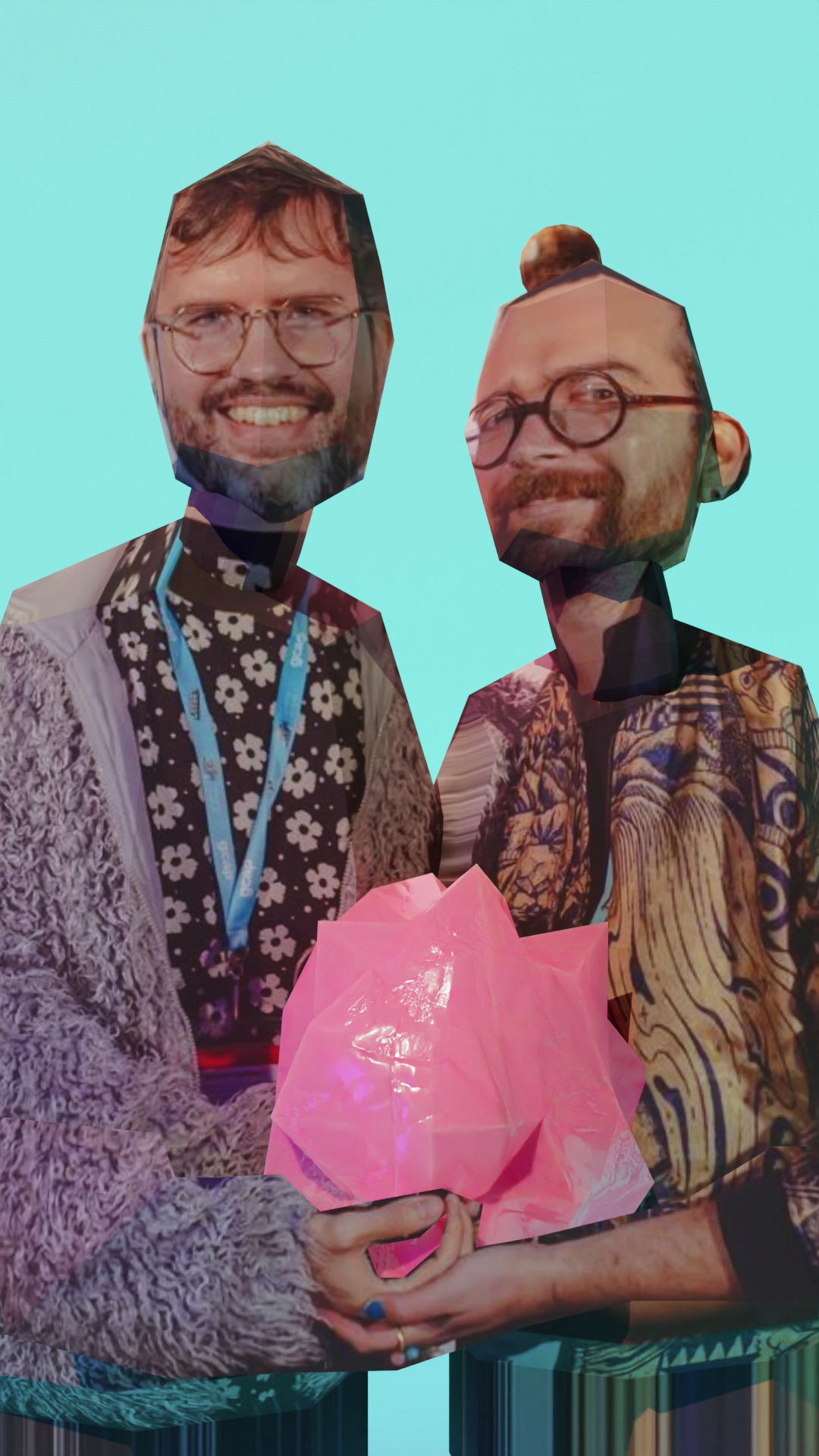 “Fuzzy Ghost is a pair of animator boyfriends who are just trying to make the videogames they want to play – queer and joyful and with meaning. We do this on unceded Gadigal Land – Sydney. Always was. Always will be.”
– Fuzzy Ghost

Fuzzy Ghost is Pete Foley and Scott Ford, an animation and game development duo with a focus on queer narrative experiences. With over 15 years of professional animation experience, they have worked on an eclectic range of visual media – from an animated television series for Disney to co-directing a production at Queensland Theatre Company. Their latest game, Queer Man Peering Into A Rock Pool.jpg was released in July 2022 and won an Australian Game Developer Award for Excellence In Emerging Games.