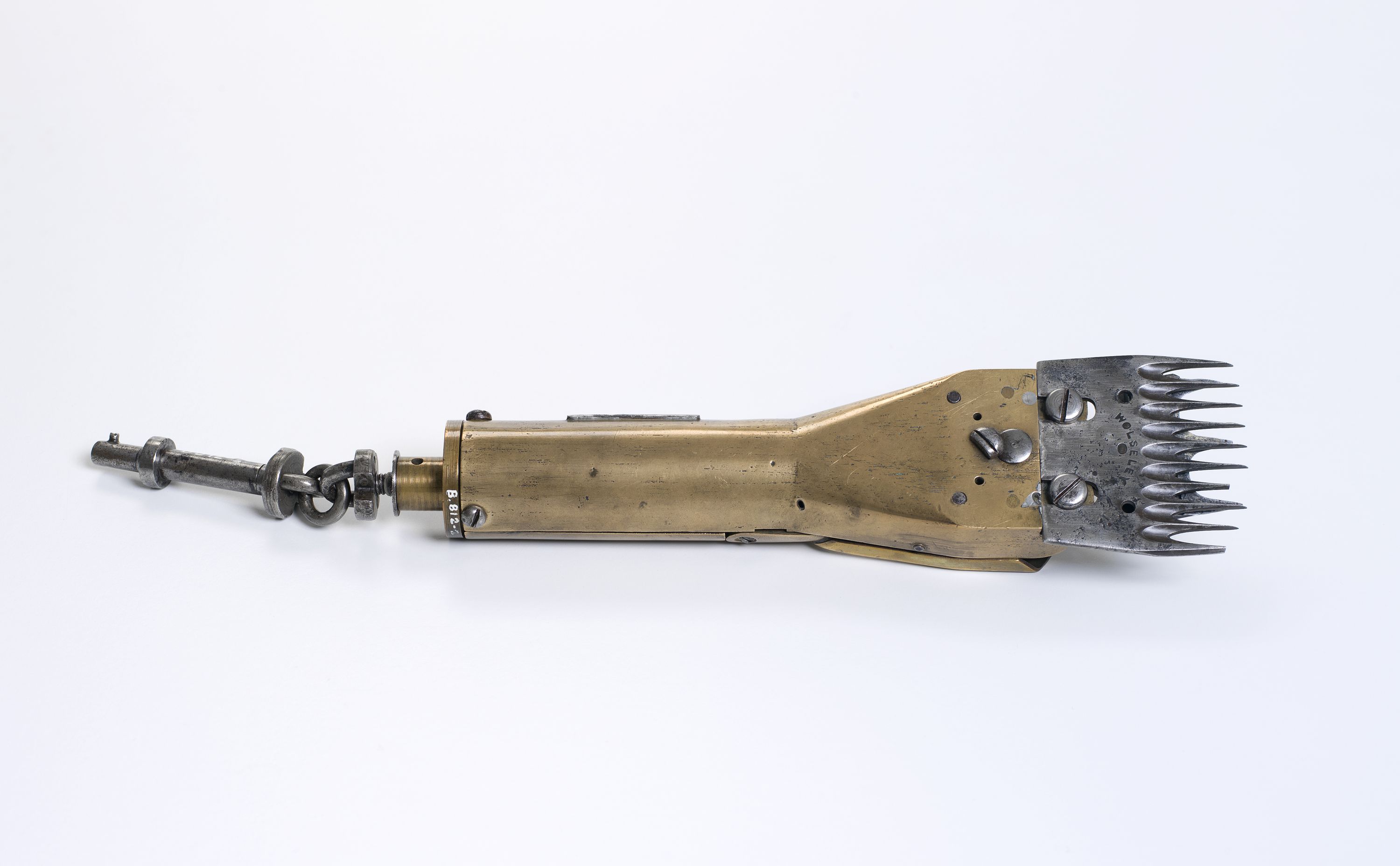 Heralded as the Australian Leonardo da Vinci, David Unaipon (1872—1967) is the most significant Aboriginal inventor of the 20th century. Many of his inventions relate to a fascination with physics and perpetual motion. His most famous invention is his 1909 patented shearing mechanism.

Unaipon descendent Mr Kropinyeri recalls mission stories of big flash cars arriving to take Unaipon to the city, including a meeting to resolve a problem with the design of shears. The shears in use sprayed dust and wool into the eyes and lungs of the shearers, affecting productivity and making a physically demanding, hot and dusty job all the more dangerous and unpleasant. Unaipon’s shearing invention utilised circular cutting wheel technology. A forerunner company to the US corporation Sunbeam, the Chicago Flexible Shaft Company set up an Australian subsidiary, William Cooper & Nephews in 1903 with the ambition of appropriating Australian innovations in cutting technology. They were interested in Unaipon’s invention and family stories suggest they profited from it without attribution to Unaipon’s genius. The Powerhouse collection houses some early business and legal records for Cooper Engineering/Sunbeam.

Unaipon was an exemplar of a modern man of science. His story deserves to be told and promoted by institutions such as MAAS to all Australians.

Dr Kathy Bowrey is a Professor in the Faculty of Law, UNSW. She is a legal historian, socio-legal researcher and educator interested in laws and practices that inform knowledge creation and the production, distribution and reception of technology and culture. Her primary expertise relates to intellectual property, cultural heritage, information technology regulation, media history and feminist scholarship. Bowrey also has expertise in diverse areas of laws that have particularly impacted Aboriginal Australia and an interest in decolonisation agendas in research and in museums and collections.

Further information about Kathy’s research can be found on the UNSW research profile.