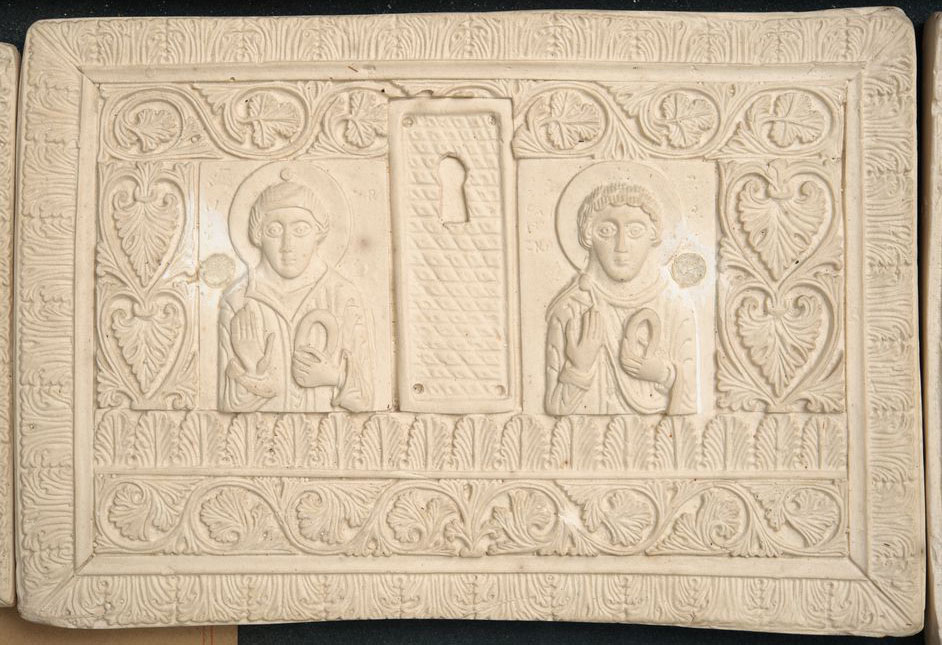 Dr Alina Kozlovski’s research project explores the history of plaster copies in Australian museums, using the ‘fictile ivories’ in the MAAS collection as its case study.

First acquired in the nineteenth century, the Museum’s fictile ivories are plaster of Paris copies of original ivory works from antiquity and the medieval period. Fictile ivories were part of a broader network of exchange that saw many such objects produced and sent around the world. As copies, fictile ivories exist in dialogue with other objects elsewhere, and their ontology as replicas of a controversial material such as ivory means that they occupy a complex place in any museum collection.

The aim of Kozlovski’s project is to investigate the potential of fictile ivories to act as conduits for discussions about the value of copies, parameters of authenticity, and the relationship between objects within museum collections. The starting point will be a better understanding of the origins, acquisition, and history of display and storage of fictile ivories within the MAAS collection.

Kozlovski has a background in Greek and Roman archaeology, and currently works in the curatorial department of the Santa Barbara Museum of Art. Her past curatorial contributions include work on the exhibitions Buried by Vesuvius: Treasures from the Villa dei Papiri at the Getty Villa (2019), Finding Forgeries at the Museum of Classical Archaeology in Cambridge (2017), and rotations of artefacts from the ancient Mediterranean and the ancient Americas in Santa Barbara.