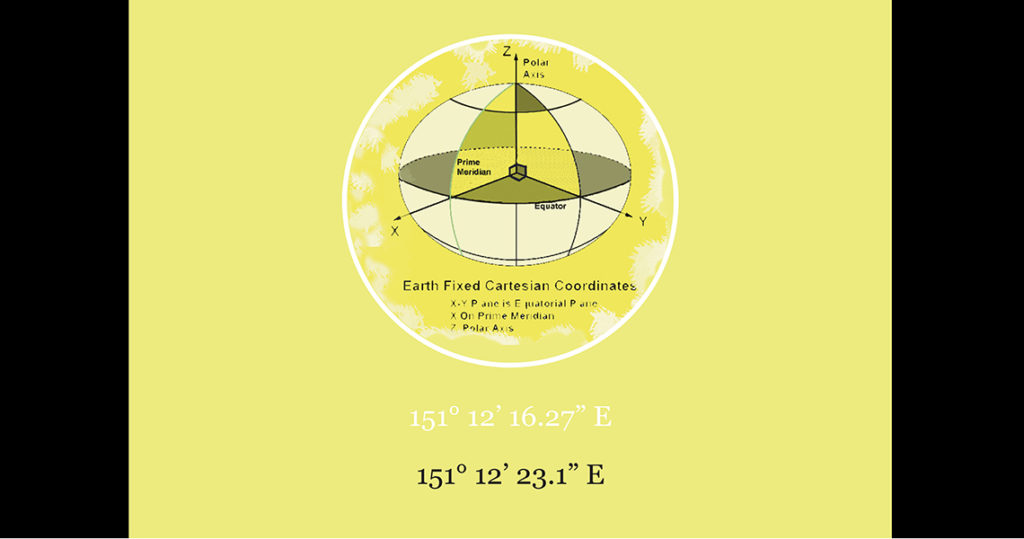 Wandering down along the hill, after the solar panel and the overpass to nowhere, count the fifth tree and on the green wall is Station 6.

The use of two optical angles to determine a third, known as triangulation, has been used as a geometric method to measure the Earth as far back as the 6th century BCE. Known as geodesy, from the late 16th century the trigonometric method went hand-in-hand with a massive imperial expansion that succeeded to map out, measure and use this rationale to claim land beyond the borders that colonisers argued was ‘ownerless’ because it had not yet been charted in this way.

The technique did not vary in the colonial period in New South Wales, and as soon as it had been fixed, Sydney’s Meridian became the baseline for all of its territorial measurements. Not only for the colony of Sydney and across New South Wales but with reference to the Cartesian coordination of the Earth as a whole.