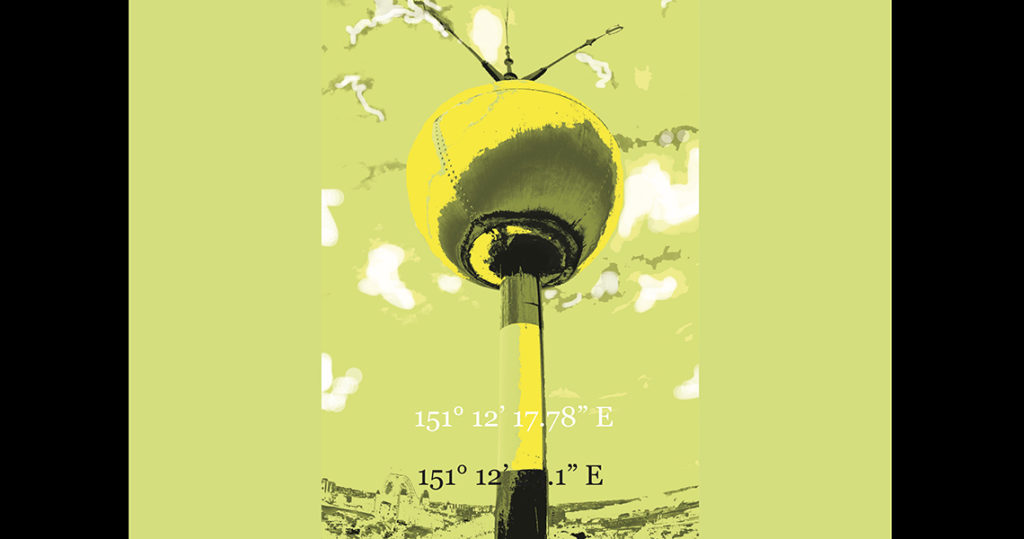 To continue, turn toward the freeway, and take the bike path that runs alongside it. Watch out for the men in Lycra! Cross over the footbridge, trail down the steep path… at reaching road level, in another couple of metres is Station 5.

In 1855, the need to precisely determine time remained a concern for the colonial government of New South Wales. This led the Governor General of the time, Sir William Denison, to recommend a colonial observatory for Sydney, for which he provided three essential reasons:

In essence, Sydney Observatory continues to serve these three intentions. For one, the famous Time Ball still drops every day at 1pm. Although its importance has diminished in comparison to the first few decades of European presence in Sydney, when the Time Ball provided a critical service for navigators who needed to check their ship’s chronometers were still keeping Greenwich Mean Time. Two, the unreasonable among us are still being educated at the Observatory. And, three, the origins of surveying in Australia remain harnessed to the European logic of an empire of time – a universalising world at which Greenwich was the centre.

While telegraph at first and now GPS have obscured the role of these early technologies, an archaeology of their genesis and evolution allows us to understand how they underpin the principles of timekeeping and territorialisation today.  But is also possible that we have lost touch with the skills of ancient civilisations who knew how to directly observe the cosmos. It is also often forgotten that during more than 200 years, it was the passage of the midday Sun that was used to determine and disseminate the time and at major observatories around the world – from Paris and Greenwich, London, to Helwan in Cairo, India – up until atomic clocks took over in the mid-20th century.