Raghda Abdel Khaleq and Nuwanthika Fernando are astronomy guides at Sydney Observatory. Raghda is a physics student at the University of New South Wales and Nuwanthika recently completed her PhD at the University of Sydney studying the dynamics of satellite galaxy planes. To celebrate International Women’s Day in 2018 both will be writing posts over the coming month featuring women in astronomy from ancient times through to the modern era.
In this post Raghda introduces International Women’s Day. 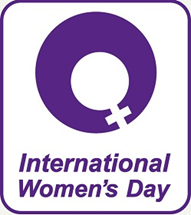 This year’s campaign theme, #PressforProgress, highlights the persistent efforts of communities worldwide towards gender parity through activism, education and advocacy. The Office of the Chief Scientist’s 2016 “Australia’s STEM Workforce” report shows that although the percentage of women with STEM qualifications in 2011 was only 16%, the number of women with these qualifications increased by 23 percent between 2006 and 2011. This proves the fruitfulness of the struggles of women everywhere to break glass ceilings, and the need to continue these efforts into the future.

Here at Sydney Observatory our commitment to gender equality is reflected in our 50-50 female to male staff ratio. In response to the event, we will be releasing a blog series dedicated to the varied achievements of women in astronomy, with this blog kicking off our series.

As a final note, it is important to remember that small actions by individuals, groups and organisations can make a difference. If you would like to find out more about the day or how to take action #PressforProgress. If you would like resources for your event, please visit the International Women’s Day website.

Stay tuned for the next blog in our series, which will be looking at some of the earliest female Philosophers and Priestesses.

2 responses to “A Celebration of Women in Astronomy: Introduction”