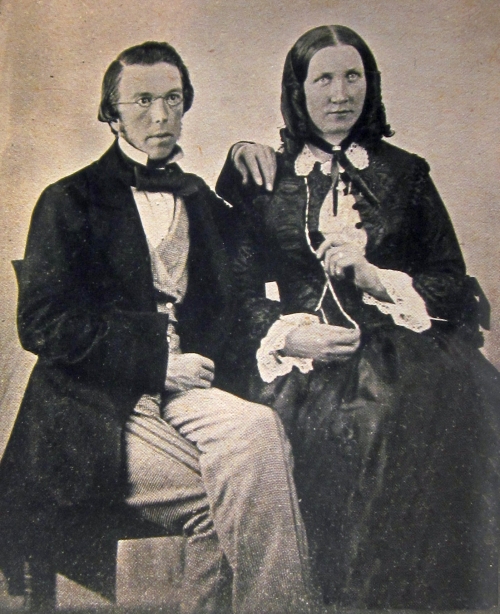 A portrait of Alice and Charles Todd in about 1855. Courtesy State Library of South Australia B 12210

The Singing Line: The Story of the Man who strung the Telegraph across Australia, and the Woman who gave her Name to Alice Springs

In the second half of the nineteenth century Australian astronomy and related sciences were dominated by three men: Henry Chamberlain Russell of Sydney Observatory, Robert Ellery of Melbourne Observatory and Charles Todd of Adelaide Observatory. Todd had duties extra to those of the other two as he was also Superintendent of Telegraphs for his Colony and later Postmaster-General.

As Superintendent of Telegraphs he was in charge of one of the most important and most heroic projects in Australian history, the installation of the Overland Telegraph across the country from Port Augusta near Adelaide to Darwin. It was a daunting enterprise as up to the beginning of the Overland Telegraph project there had been only one crossing of the continent from south to north, that of John McDouall Stuart in 1862.

The Singing Line is not a new book as it was first published in 2000, however, it is a book of which I was unaware until recently and one that is a useful resource about an important early Australian astronomer. Moreover, it is a pleasure to read. I came across it when in late 2013 I gave a talk on Australian colonial observatories, with Todd featuring prominently and afterwards one member of the audience kindly told me about the book.

The Singing Line is written by Alice Thomson, who is Charles and Alice Todd’s great-great-granddaughter. She tells the story of the construction of the Overland Telegraph emphasising Todd’s role and the many difficulties that he and his men experienced. The line was divided into three sections with Todd directly responsible for the central section. A promising site with a spring for a repeating station (there were no amplifiers in those days so that a number of stations where telegraph operators retransmitted telegraphic messages had to be built) was named after Todd’s wife Alice.

With her husband Ed, Alice Thomson retraces the line built by her great-great-grandfather and their adventures and the fascinating people they come across are interwoven with the story of the construction of the line. The most difficult part of the line turned out to be the northern section because of the wet season there and Todd eventually had to take direct control of the construction of that section as well.

The book tells of Todd’s time as a young man at Greenwich Observatory where he was in charge of the ‘galvanic’ department that used telegraph lines to send signals to drop time balls. It was there that Todd acquired the expertise in telegraphy that led to his South Australian appointment. There are few other references to Todd’s astronomical work and disturbingly the word ‘astrology’ is used instead of astronomy in a number of places. With Ms Thomson’s impeccable scientific pedigree – in addition to the Todd connection, both her grandfathers were Nobel Prize winners in physics as were two of her great-grandfathers – it is somewhat disappointing. 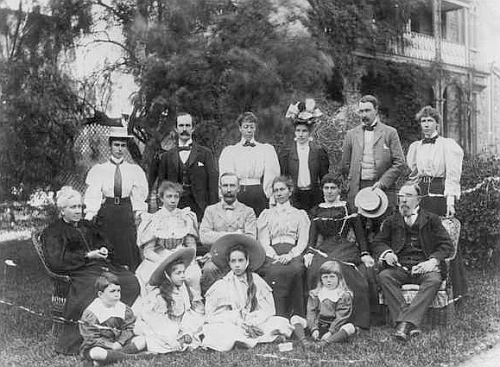 The Todd family at Adelaide Observatory in about 1897. Alice is sitting on the left with Charles on the right. Standing second from the left is son-in-law William Bragg, professor of physics at Adelaide University and future Nobel Prize winner together with his son Lawrence (Willie) sitting in front of his grandmother. Courtesy State Library of South Australia B 28760

Readers of The Singing Line may not learn much astronomy, but they will become familiar with one of the most important projects in Australia’s history. In addition, Charles Todd the famous 19th century South Australian Government Astronomer comes across as a real person together with his wife Alice. Despite the scientific reservations, the book is thoroughly recommended to those who are as yet unfamiliar with it.