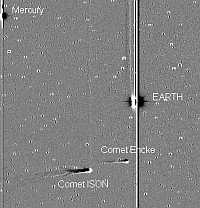 The most successful comet discoverer in history, Jean-Louis Pons, was born on this day in 1761. As a young man Pons started his astronomical career in the unassuming role of concierge at the observatory in Marseilles. He discovered his first comet in 1801 and went on to discover 36 more.