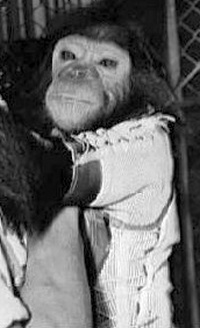 On this day in 1961 NASA launched the Mercury 5 spacecraft into orbit around the Earth. A chimpanzee named Enos was on board as a final test before a manned orbital mission. The chimp survived the acceleration into space, weightlessness and the landing despite his suit temperature reaching 38° C.