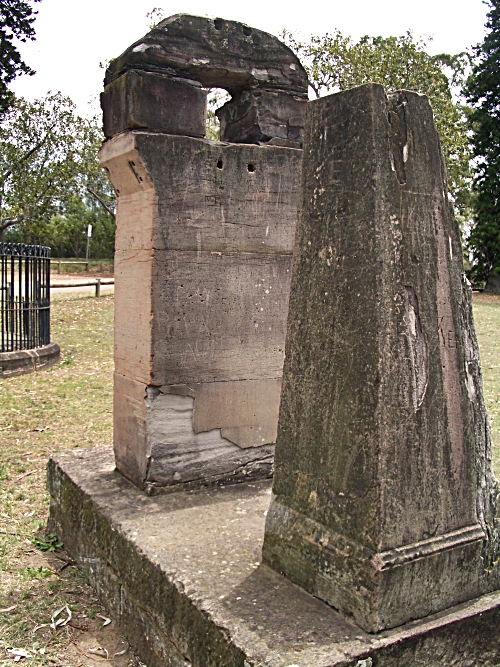 The piers of the Jones transit circle in Parramatta Park. Picture Nick Lomb

One of the earliest and most important telescopes in Australia’s scientific history is missing and presumed lost. The Powerhouse Museum, of which Sydney Observatory is a part, has most of the main instruments that were used at the historic early 19th century Parramatta Observatory, but some are missing including the Jones transit circle. 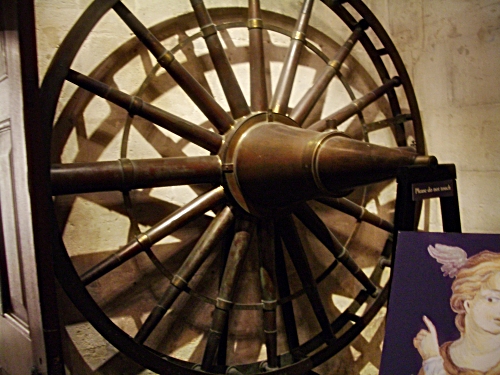 The Radcliffe Circle from Radcliffe Observatory is at the Museum of the History of Science at Oxford. Also built by Thomas Jones, it has a date of 1836 so it was built more or less at the same time as the Parramatta instrument and is likely to have been very similar. Photo Nick Lomb

A transit circle is a more sophisticated version of a transit telescope for it has a graduated circle. This addition allows the astronomers to also determine the second coordinate of a star’s position, the one equivalent to latitude on Earth, called declination.

When Parramatta Observatory first began operating at its position near Government House, Parramatta in 1822 it had a simpler transit telescope by the English maker Edward Troughton – this is on display at Sydney Observatory. Later a more sophisticated transit circle was ordered from London instrument maker Thomas Jones. This arrived at Parramatta in 1835 and the sole astronomer at the time John Dunlop replaced the original transit telescope with the new instrument. He first used it on 28 April that year, but soon found it ‘as being so very unsatisfactory in its fittings and graduation of the Circle as to be quite useless.’

Parramatta Observatory closed down in 1847 and was demolished soon afterwards. The stone piers for the Jones transit circle were left as the only visible remnants of the historic observatory remaining in Parramatta Park. 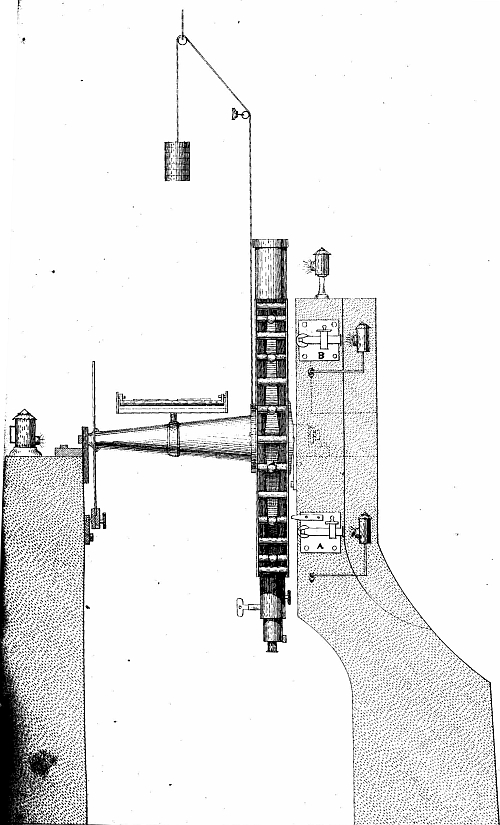 A view of the Jones transit circle installed at Sydney Observatory. The vertical bars in front of the telescope tube represent a side view of the large graduated circle. Note the asymmetric placement of the telescope on the conical axis that is also visible on the Radcliffe Circle pictured above. Drawing from William Scott’s ‘Astronomical Observations made at the Sydney Observatory in the Year 1859 (Powerhouse Museum Research Library)

The remaining instruments from Parramatta Observatory were put into storage and eventually transferred to Sydney Observatory when it was established in 1858. The transit circle was an exception though for following Dunlop’s poor assessment it was first sent to England for repair. It finally reached Sydney Observatory at the end of December 1858, but it took the Government Astronomer Rev. William Scott another five months to arrange for the quarrying and preparation of the required stone piers.

The Jones transit circle was used at Sydney Observatory for almost two decades. When Henry Chamberlain Russell the then Government Astronomer replaced it with a more modern instrument the piers were exiled to the grounds of the Observatory where they still stand. The instrument itself is believed to have been lent to Sydney University in the early 1900s and it seems never returned.

If anyone reads this post from the School of Physics or maybe the School of Geosciences at Sydney University please keep an eye out for this historic instrument whenever visiting storage rooms with dusty and cobwebbed old instruments. I suspect that my colleagues and I will be so pleased to see it that any late fees on the loan will be waived!