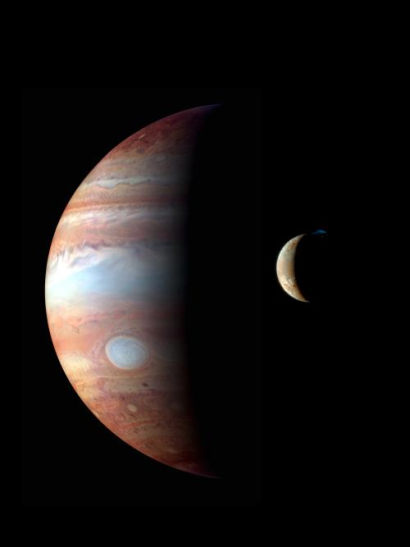 A recent post on this blog announced that the second annual Kepler Cup was to be run at 12 noon on Melbourne Cup Day, 1 November 2011. The new rules for the eight planetary entrants in 2011 were as follows: the winning planet was the one that covered the greatest distance at its actual velocity in a set period in excess of the distance that it would have covered at its average velocity. The time allowed was three minutes.

On this occasion there was a clear winner, the planet Jupiter. Sad to say most of the other planets actually ran backwards — imagine if in the Melbourne Cup one of the horses decided to run backwards! The scientific explanation, of course, is that those planets happened to be in the parts of their orbits that were relatively distant from the Sun and hence were moving more slowly than their average speeds.

Jupiter travelled 2462.5 km in three minutes, which was 110 km more than it would have covered at its average velocity in that time.

A few protests marred the race. One was the claim that Jupiter was a fat, bloated and greedy planet that had accumulated over 70% of the planetary mass in the solar system and that it was this illegitimately obtained extra momentum that pushed it over the line. This protest was disallowed by the stewards on the basis that neither Kepler’s second nor third laws, which govern the motions of the planets, involve mass.

Another protest was that since the Galileo spacecraft plunged into the planet’s amosphere on 21 September 2003, Jupiter did not have anything resembling a jockey and so was riderless. This protest set the stewards to studying the rule books and precedents. Eventually, the protest was dismissed as there was nothing in the rules indicating the need for a jockey or indeed limiting the number of jockeys. If there had been a limit, the Earth with its seven billion jockeys may have to have been scratched from the race.

Last year’s Kepler Cup winner, Mercury, put in a poor showing and moved backwards by almost 1400 km compared to the distance it would have covered at its average velocity. How the mighty have fallen!

The trifecta was Jupiter, Earth and Neptune. Did you win? If not, you can always try your luck on the horses that run rather slowly in comparison, but which at least are likely to have jockeys.