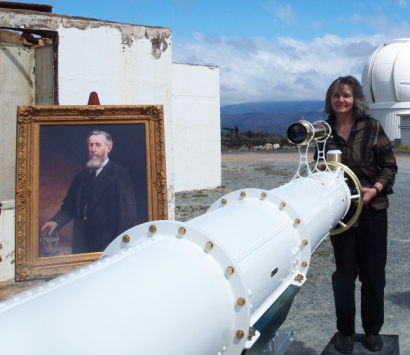 Saturday 24 September 2011 was the launch of the new Oddie telescope (Oddie II), a reconstruction that replaces the original Howard Grubb 9” (23–cm) refractor (lens) telescope (Oddie I), severely damaged in the January 2003 fires. Exactly 100 years ago the Oddie telescope was hauled up the mountain that lies on the outskirts of what is now the city of Canberra. It was the first research telescope on the Commonwealth-granted site, a bequest from Mr James Oddie of Ballarat.

James Oddie was a remarkable fellow, having made his fortune as an auctioneer and banker during the gold rush years in Ballarat. He was an interesting man and we heard of his many deeds, including saving the remains of the Eureka Stockade flag for preservation and commissioning Eugene von Guerard to produce an extraordinary painting of the Ballarat goldfields in 1854, now displayed in the Ballarat Art Gallery, which Oddie founded.

Oddie’s Wesleyan Methodist beliefs were channeled into social philanthropy. He established institutions for the destitute, a botanic garden and a technical college where astronomy was taught. He had a small observatory which still exists today. In 1886 Oddie purchased a refractor telescope from Howard Grubb in Ireland. It appears he rarely used this telescope, instead offering it to the newly-established Commonwealth Observatory at Mt Stromlo, where it was installed in September 1911. An image of the original Oddie telescope [while it was being tested at Melbourne Observatory prior to its being set up at Mt Stromlo – Nick], is in the Powerhouse Museum/Sydney Observatory photo library. 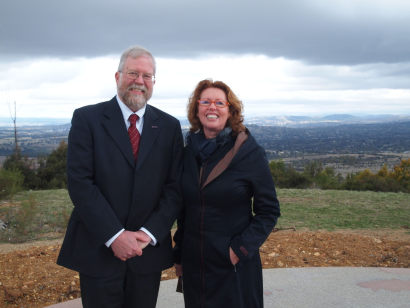 Mt Stromlo Director, Prof Harvey Butcher, reported on the work that has occurred since the fires and on a bold new plan for the site. Katy Gallagher, Minister for the ACT gave a historiography of the site as part of the plan for Canberra. ANU Vice-Chancellor Prof Ian Young outlined how Mt. Stromlo’s research and education work features in the 2020 plan for the Australian National University’s College of Physical and Mathematical Sciences. 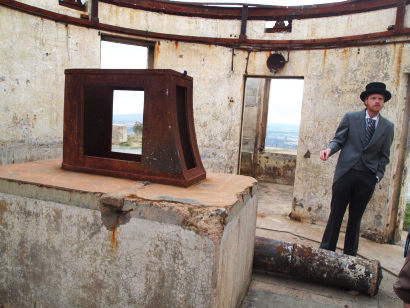 Attendees included the Oddie relatives, Judith Bailey, Director of Ballarat Observatory, Prof Penny Sackett and many other astronomers and historians from around the country. I met precision instrument maker and engineer, Hermann Wehner, who has worked at Stromlo since 1952 and has fond memories of Sydney Observatory Director Harley Wood visiting Mt Stromlo to discuss new dark sky sites for the Anglo-Australian Telescope with then Stromlo Director Bart Bok and astronomer Paul Wild.

This was a proud moment for Mt Stromlo and for the maker, Mr. Tom Wetherill. The new Oddie telescope will be located in its original mount in the original dome for public use. All that is left is to fund a new dome as it too was destroyed in 2003.

One response to “Toner reports that the Oddie telescope views the sky once more from Mt Stromlo Observatory, Canberra”