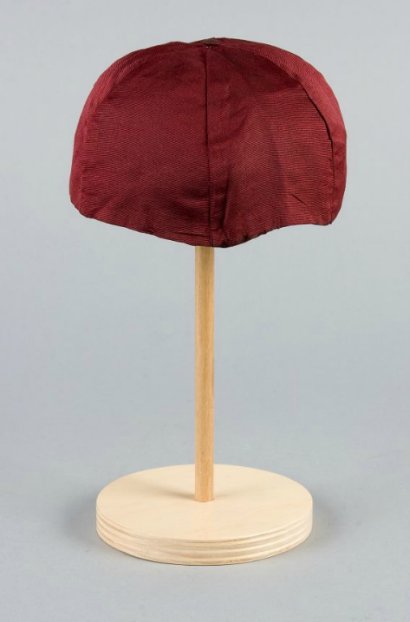 Henry Chamberlain Russell was the Government Astronomer at Sydney Observatory from 1870-1905. According to one of his daughters he wore this cap when observing at night. Image and copyright Powerhouse Museum ©, all rights reserved

In a recent issue (28 May 2011 pp37–39) of New Scientist magazine Stephanie Pain discusses the observing suit worn by Nevil Maskelyne, the Astronomer Royal at Greenwich from 1765-1811. To most people these days Maskelyne is known as the villain in Dava Sobel’s best-selling book Longitude. In fact, he deserves to be known for his many achievements and not for his supposedly ill-treatment of John Harrison, the inventor of the chronometer. Among these many achievements is beginning the publication of the annual nautical almanac that allowed navigators on board ships to find their location by astronomical observations. With the help of some of the earliest of these volumes, Lieutenant James Cook sailed to observe the 1769 transit of Venus from Tahiti and on the return voyage mapped New Zealand and the east coast of Australia.

Maskelyne’s observing suit is described as having breeches made of coloured Indian silk on the outside while inside it was insulated with a layer of wadding and then warm flannel. The breeches had ‘built-in feet’ and ‘an enormous cushioned bottom’ so that he could sit on a cold and hard seat. After donning the matching jacket, Maskelyne could ‘waddle’ off to work. He would have looked somewhat ridiculous in this outfit, but fortunately he lived on-site so he did not have far to go to whichever instrument he was planning to use on the night.

Maskelyne’s suit illustrates two things. One that it is cold at night, especially for an almost motionless astronomer, so it is essential to dress warmly. The second is that during observing it is dark and it makes no difference what you look like as long as you can keep warm. 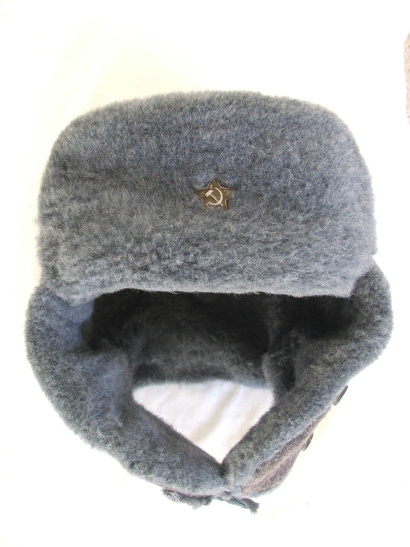 An Ushanka or Soviet Army hat is most suitable wear on a cold observing night. Courtesy Eugene Zelenko and Wikimedia Commons

Most heat is lost from the head so the head must be well–covered. We do not know how Maskelyne covered his head though I suspect that whatever his head covering was, it did not make him look more fashionable. We do know that Henry Chamberlain Russell, who was the Government Astronomer at Sydney Observatory from 1870 to 1905, used a red skullcap at night. This cap was kindly donated to the Powerhouse Museum in 1995 by a great granddaughter. It came with a note signed by one of Russell’s daughters that reads My father’s skull cap, worn when observing the stars./ L.King. According to Wikipedia such skullcaps made of triangular pieces of cloth sewn together were an early form of the beanie and were popular in the first half of the 20th century with tradespeople who needed to keep their hair out of the way, but for whom a brim on a hat would have been obstructive. This explains why such a beanie was chosen by Russell for a brimmed hat would not have allowed him to look through the telescope eyepiece.

Astronomers today are likely to choose a modern beanie, a balaclava or an ushanka, a Russian Army hat instead. The latter with its fold-down ear flaps is particularly useful. I bought my first ushanka made with fake fur cheaply at a Woolworth store in London many years ago and it stood me in good stead for a long time. In 2008 I purchased a tourist version while in Moscow, which looks good, but I suspect that it will not last as long.

I should mention that these days dressing warmly for observing is only essential for amateur astronomers. Professional astronomers are spoilt as when they are using a large research telescope they control it and the associated instruments from an air-conditioned control-room via computers and video screens.

If you ever have the opportunity to join an observing group on a cold winter’s night do go, just make sure that you dress warmly. The trick to keeping warm is to is to dress in layers of clothing and to cover the extremities, feet, hands and head. With suitable clothing it is possible to keep snug and warm and to enjoy the spectacle of the sky on a cold winter night.