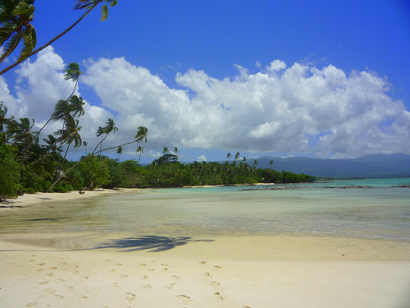 A view of the beautiful Pacific country of Samoa. Courtesy Sarah|Rose, flickr 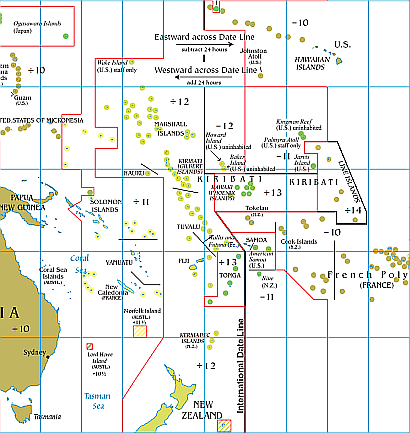 The International Date line in the vicinity of Australia. Courtesy Wikipedia

As shown in the illustration above, there are already a number of kinks in the International Date Line, which is meant to run along the 180° meridian. A large and noticeable kink is due to Kiribati that moved from the east side of the date line to the west so that it would be the first country in the world to see sunrise on 1 January 2000, the supposed start of the new millennium. Now Samoa will join Kiribati on the west side of the date line. The International Date Line in the vicinity of Australia, updated to show the effect of the changes mentioned. Courtesy wiki (modified), Aug 2021.

Understandably, some of the local tourist operators are upset as they were billing the country as the last place to see sunset each day. However, as the date line will run in between Samoa and their neighbour American Samoa, there will be a fascinating, but awkward, shift of a day when travelling the 60 km or so between the two places. Religious people, for instance, could attend Sunday services in Samoa and then visit friends in American Samoa to enjoy the services again on the next day. 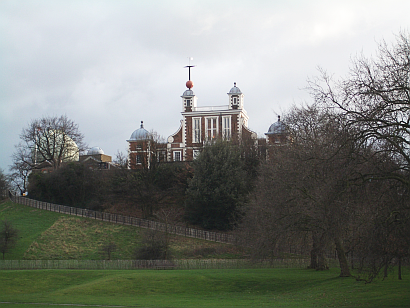 Greenwich Observatory, which represents the start of the world time zone system. Image and copyright Nick Lomb ©, all rights reserved

Historically, there have been a number of definitions of the International Date Line, but its modern location 180° east or west of Greenwich Observatory, near London, UK is a consequence of an international conference held in Washington, D.C. in 1884. In spite of vociferous objections, mainly from the French representatives, the conference decided to make Greenwich the zero meridian from which all longitudes, east or west, would be measured. The key argument was that at the time of the conference over 90 per cent of the world’s shipping was already using maps based on Greenwich and that would be difficult and expensive to change.

An automatic consequence of making Greenwich the zero meridian was that the International Date Line became the 180° longitude line. As this line crossed the relatively unpopulated Pacific this was felt by the conference representatives, who were all from from Europe and the Americas, to be an ideal placement. Little did they imagine how in the future the small nations of the Pacific would modify that line for reasons of their pride and convenience.