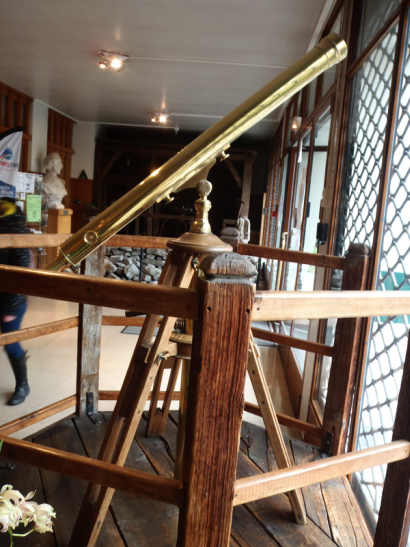 Janssen’s telescope on display at the Alpine Museum in Chamonix. Image and copyright Toner Stevenson ©, all rights reserved

French astronomer Jules Janssen (1824–1907) had the ambition to create the highest observatory in the world. An observatory stationed 4800 metres above sea level on Mont Blanc would give a clear view of the sky. Fellow scientist, Joseph Vallot, had established a meteorological, physics and glaciological observation station in Mont Blanc in 1890.

Janssen’s observatory, built in 1893, was at the highest peak and susceptible to extreme weather. The remains of the observatory, the top observation deck, and instruments are the only remains after destruction by the elements in 1910. This is now in the Museum with a number of telescopes used by Janssen and images taken of the observatory and Janssen, including one of him in his later years being carried up to the summit. 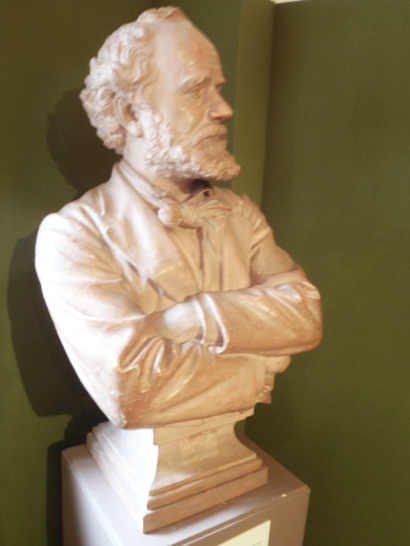 Bust of Jules Janssen on display at the Alpine Museum in Chamonix. Image and copyright Toner Stevenson ©, all rights reserved

Janssen was a prominent French astronomer who experimented in photography of the night sky using new technologies. In 1887 he attended the conference in Paris when the Astrographic Catalogue/Carte du Ciel project was discussed with astronomers from eighteen observatories including Henry Chamberlain Russell from Sydney Observatory. An apparatus based on an idea by Janssen was used by Russell for the 1874 Transit of Venus. You can currently see this on display at Sydney Observatory and the Powerhouse Museum’s on-line collection database. The French Astronomical Society awards the Janssen prize annually and recipients have included Camille Flammarion and Albert Einstein.

At a recent Sydney City Skywatchers meeting Professor John Storey (UNSW) spoke about the Antarctic observatories and how they are built to withstand the weather and work remotely for most of the year, taking advantage of the conditions and unobstructed view of sky for both observational and radio astronomy.

4 responses to “Toner reports from Chamonix, France on the observatory that was once on top of the world”