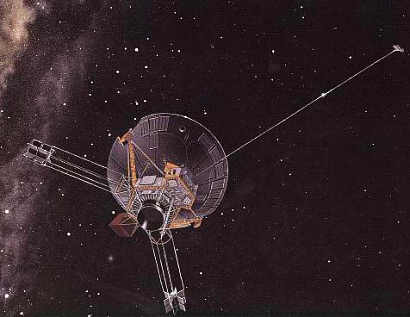 Over the last decade or so one of the most intriguing mysteries in astronomy and physics has been the so-called, Pioneer anomaly. In the early 1970s NASA launched two spacecraft, Pioneer 10 and 11, towards the planets Jupiter and Saturn. Unlike most subsequent spacecraft on planetary missions, no course corrections needed to be applied and the spacecraft coasted for most of their journey to the planets and beyond. This allowed their motion to be studied in detail and in 1998 a group of scientists at NASA’s Jet Propulsion Laboratory (JPL) announced that both spacecraft have a slight acceleration that cannot be explained by gravitational forces from the Sun and the planets.

This anomalous acceleration, backwards towards the Sun, is small, approximately one ten billionth of the gravitational acceleration that we all live with on Earth. Intensive examination of the motion of the two Pioneer spacecraft since then has shown that the effect is real. It has given rise to much speculation including suggestions that our understanding of gravitation as put forward by Isaac Newton and refined by Albert Einstein is incorrect.

There have been some indications that the anomaly could at least be partially explained by a slight push from heat radiated by the spacecraft instruments. It seems that the radiation could be bouncing off the back of the spacecraft communication antenna that was always kept pointed back towards the Earth. In the last few years scientists at JPL, including Slava G. Turyshev and Viktor T. Toth, have been making an intensive study of the possibility. They have obtained some of the original spacecraft data and have been talking to some of the retired engineers who worked on the spacecraft over 40 years ago. From all this data they are building numerical models to see whether the heat from the instruments is sufficient to explain the anomaly. 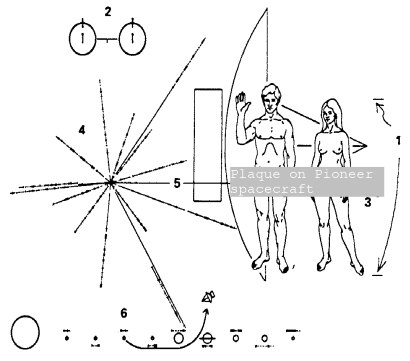 The plaque on both Pioneer 10 & 11 spacecraft indicating that it was launched by human beings on the third planet of a solar system. The location of the solar system is denoted through the periods of the pulsars (pulsating radio objects) in the vicinity. The late astronomer Carl Sagan of Cornell University designed the plaque. Courtesy Pioneer Project, ARC, and NASA

Now the JPL scientists seem to have been gazumped by a group from Portugal led by Frederico Francisco, who in an as yet unpublished paper, claim to have shown conclusively that the anomaly is due to the radiated heat. They conclude that, ‘In this study we have established a new method to model reflections of the Pioneer spacecraft thermal radiation
with an increased accuracy…’ and then go on to claim that, ‘With the results presented here it becomes increasingly apparent that, unless new data arises, the puzzle of the anomalous acceleration of the Pioneer probes can finally be put to rest.’

If they are right, this intriguing question has been solved in a most satisying way as it demonstrates that gravitational forces as currently understood are correct. It will be interesting though to see the reaction of the JPL scientists and the results of their, possibly more detailed, study.

2 responses to “Has the famous Pioneer anomaly been finally solved?”