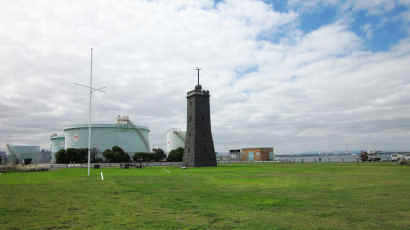 On Thursday 17 March 2011, together with a time ball expert from Glasgow, Dr Roger Kinns, I had the privilege of visiting the historic Williamstown time ball. This highly distinctive bluestone tower was originally built as a lighthouse, but converted to a time ball operated by the adjacent Williamstown Observatory in 1861. Though the next year the observatory moved to a site next to the Botanical Gardens near the centre of Melbourne, it still controlled the dropping of the ball through telegraph signals. A person was still needed to raise the ball and ready it for the signal from the observatory. 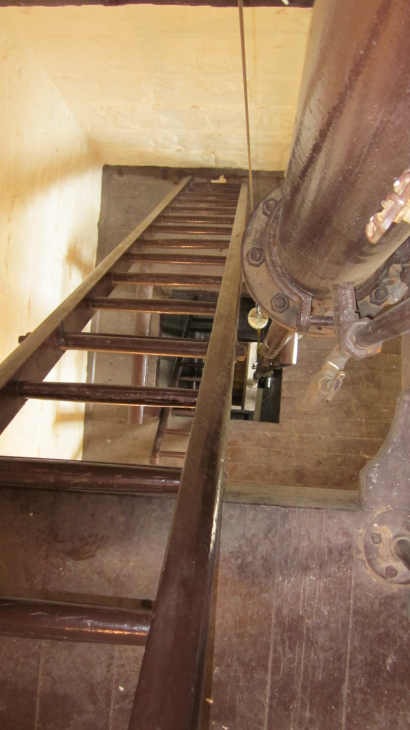 Looking down inside the Williamstown time ball tower. Image and copyright Nick Lomb ©, all rights reserved

The purpose of the time ball was to provide a visual time signal to ships in Port Phillip Bay. As at Sydney Observatory, the time ball was raised to the top of its post just before 1 pm each day and then allowed to drop down the post exactly on the hour. On seeing the ball drop, officers on board the ships could determine the error of their chronometers, accurate clocks that provided time for navigation. By observing the time ball on a number of occasions, the rate of the chronometer, that is how many seconds it gained or lost per day, could be found. At sea navigators could apply the determined error and rate to the time shown by the chronometer to work out the correct time. 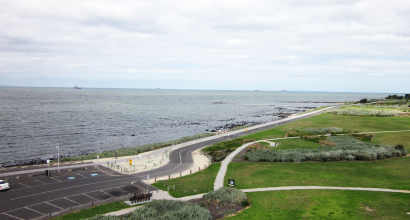 The view from the top of the Williamstown time ball. Image and copyright Nick Lomb ©, all rights reserved

By the 1920s time signals by radio had increasingly taken over the visual signal from time balls. In 1926 Able Seaman Richard Vaughan whose job it was to look after the time ball became ill and died. As there were few, if any complaints, after a few months operation of the time ball was discontinued. An ugly circular tower was built on top of the tower and it became a lighthouse once again. 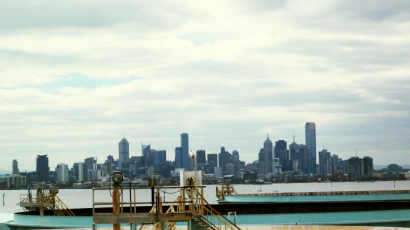 The Melbourne CBD as seen from the top of the Williamstown time ball tower. Image and copyright Nick Lomb ©, all rights reserved

The situation remained like this until the late 1980s when the Lions Club of Williamstown took it upon themselves to restore the tower to its proper function. As part of their research they came to seem me at Sydney Observatory and carefully looked at the operation of the time ball there. The then Deputy Premier of Victoria, the Hon. Joan Kirner dropped the ball officially for the first time after its restoration on 29 January 1990. Sadly, the mechanism stopped working within a year or two. 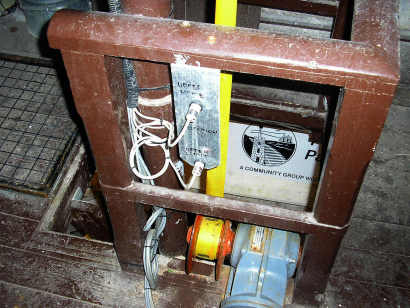 The present winch and belt drive for the Williamstown time ball. Image and copyright Roger Kinns ©, all rights reserved 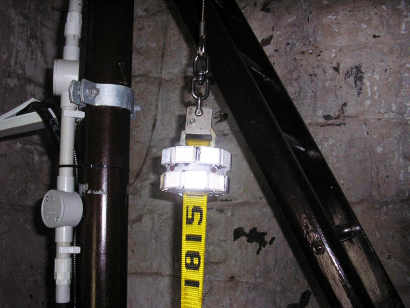 One of the two optical markers with mirrors to limit the motion of the Williamstown time ball. Image and copyright Roger Kinns ©, all rights reserved

More recently, another local service club, the Rotary Club of Point Gellibrand, decided to restore the time ball to full operation. They installed an ingenious winch and belt-driven mechanism operated by an electric motor. The stop signal for the motor is an optical one with two sets of mirrors placed at appropriate spots on the belt. The whole system is under computer control and operates automatically. The time ball was back in operation by May 2009. 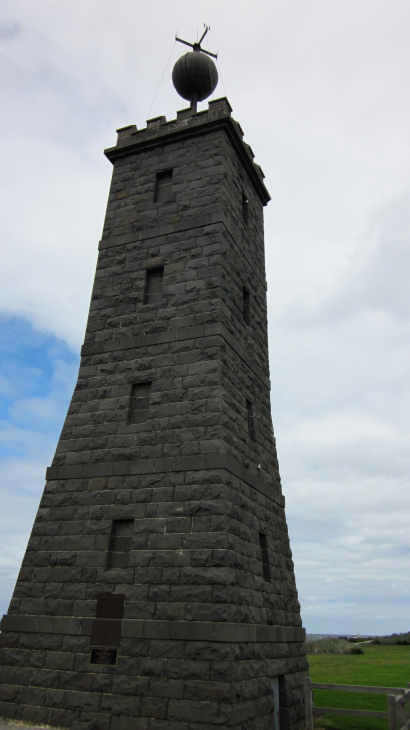 The time ball, raised to the top of its post, just before 1 pm. Image and copyright Nick Lomb ©, all rights reserved

After climbing to the top of the tower using the inside ladders and enjoying the view from the top, we came down in time to see the ball drop at 1 pm. This happened exactly on the time. With the new mechanism, the ball does not drop in the strict sense of the term, but is driven downwards very quickly. This is quite sufficient to illustrate the operation of the time ball, but would have made things a little difficult for the navigators of old who were watching out for the initial instantaneous drop of the ball.

Acknowledgment. The visit to the Williamstown time ball was made possible through the kind assistance of Edena Critch, the Ranger in Charge, North Port Phillip District, Parks Victoria and of Ross Magor of the Rotary Club of Point Gellibrand, who was involved in the restoration of the time ball and now helps in maintaining its operation.