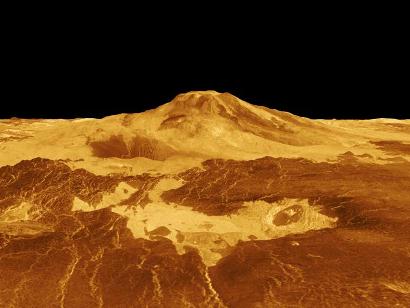 As the thoughts of Australians go to the people of Christchurch and its port of Lyttleton after the devastating earthquake of 22 February 2011, let us consider why these happen and where we could go to escape them. Would the planet Venus be suitable?

Earthquakes occur because of the system of global tectonics on our planet. The globe is divided into moving tectonic plates that can collide. It is at the boundaries of colliding plates that mountains are formed, earthquakes happen and volcanic activity takes place. 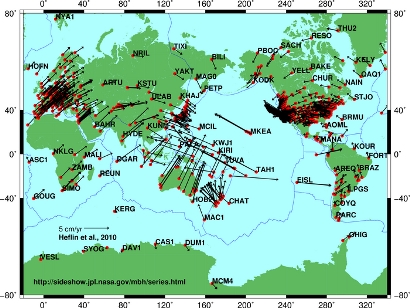 Velocities at the boundaries of tectonic plates as established by GPS satellites. Courtesy NASA/JPL

As can be seen from the above image, New Zealand is on the edge of one of the plates, the Pacific plate, that is pushing against the Australian plate. The consequence is that the country is subject to the risk of large and small earthquakes as the two plates grind against each other. Surprisingly though the fault line responsible for the Christchurch earthquake was unknown until recently. 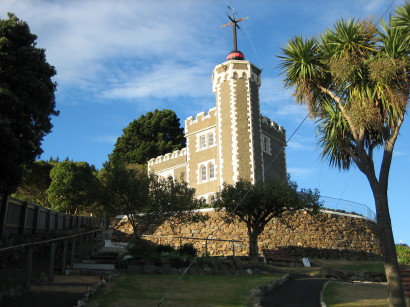 A recent image of the Lyttleton time ball. Photo and copyright Andrew Jacob ©, all rights reserved

The Christchurch earthquake was centred on the nearby port of Lyttleton. Of particular interest there is the historic time ball, which uses the same original mechanism to drop the time ball as the one at Sydney Observatory. Unlike the one at Sydney there have been no changes to the mechanism over the years. There was some damage to the building in the earlier earthquake and we can only hope that it has survived the present event.

What of Venus? Could we move there to escape earthquakes? If we ignore the impossibly high atmospheric pressure and the extreme heat, the answer seems to be yes. There is little evidence for tectonic plates on Venus, possibly because the high temperature means that there is little of the water present that on Earth plays a role in the movement of tectonic plates. Some scientists disagree though and state that plate tectonics is there, but looks different without the presence of oceans as on Earth.