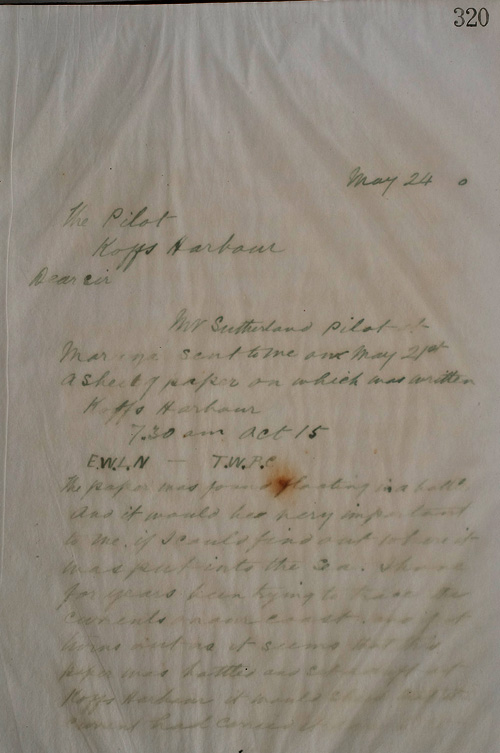 Mr. Sutherland Pilot of Moruya sent to me on May 21st a sheet of paper on which was written:

The paper was found floating in a bottle and it would be very important to me if I could find out where it was put into the sea. I have for years been trying to trace the currents on our coast and if it turns out as it seems that this paper was bottled and sent off Koffs Harbor it would seem that the current had carried it. Would you be kind enough to make inquiry if it was put afloat at Koffs Harbor by EWLN JWBT also whether the date should be 1899 ie October 15 1899. I would like to have the name of the person who set it afloat but that is not important. What I want is
(1) was it put into a bottle at Coffs Harbor on 15th of October 1899 and set afloat there?
(2) Was the year 1899?
3 Name of the person who set it afloat, this is not essential. But it is usual to give it the name. See pamphlet herewith.