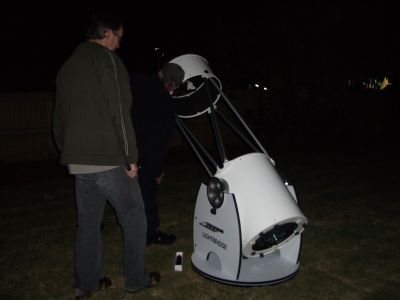 Setting up the new 40-cm dobsonian telescope for the Festival, image Nick Lomb

Sydney Observatory’s third annual Festival of the Stars is on tonight (Friday 6 July 2007) and tomorrow evening. It is a beautiful clear night and there is a lot visible in the sky – Jupiter near the spectacular constellation of Scorpius in the east and Venus and Saturn low in the west. 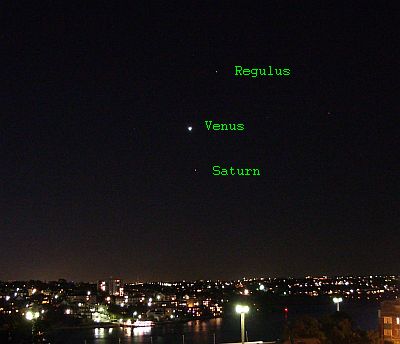 Venus in the Western sky with Saturn and the bright star Regulus, image Nick Lomb

There are also plenty of telescopes. The Observatory’s new 40-cm telescope just had its “first light” – the above image shows the telescope being quickly collimated or aligned by an expert before the public came to look through the ‘scope. And among some of the telescopes ready for viewing there are some that dwarf even the 40-cm. And there are not just telescopes – food, space art, musicians, a talk and a Ghost Tour among other activities. 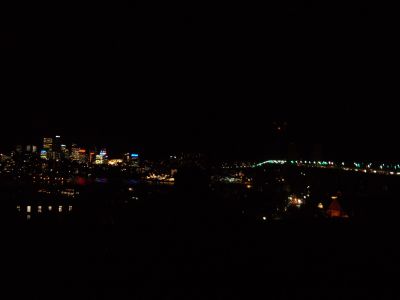 Can you find the Harbour Bridge? Image Nick Lomb

Not only is it a dark night but the Harbour Bridge lights have been specially turned off for the evening – thank you RTA! – as well as on a number of city and North Sydney buildings. It all helps to see more in the sky and make it a night to remember.

2 responses to “Festival of the stars – now on”