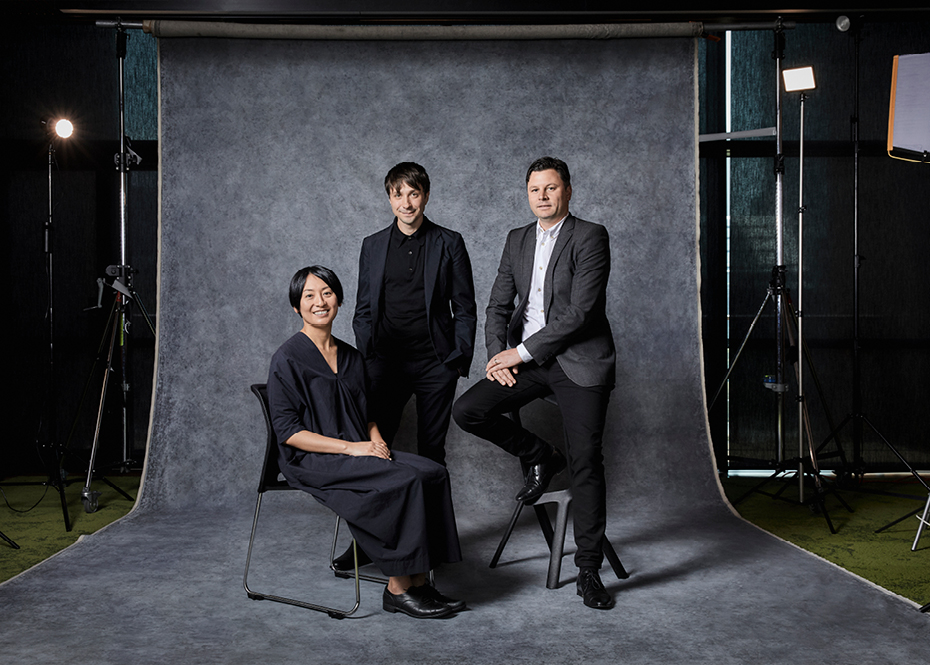 The architectural team of Moreau Kusunoki and Genton envisage Powerhouse Parramatta as a hyper-platform, a building with many functions and limitless potential. The built form will tread lightly on the site, creating a porous ground plane. The architecture will open up towards the river, providing generous public space and creating an open 24-hour precinct. A three-dimensional layer of interstitial space, known in Japan as ‘mâ’ will provide transparent connecting spaces full of natural light.

Seven large-scale presentation spaces are at the core of the Powerhouse. These immense volumes will act as continual social and cultural amplifiers. The exterior structural frame will hold these spaces, facilitating dynamic programming by providing total interior flexibility. The Powerhouse will transcend scale to exist simultaneously as both intimate and iconic.

Nicolas Moreau and Hiroko Kusunoki founded Moreau Kusunoki Architectes in Paris in 2011. Kusunoki, who earned her degree from the Shibaura Institute of Technology in Tokyo, began her career in the studio of Shigeru Ban. Moreau, who trained at the Ecole Nationale d’Architecture de Belleville in Paris, worked in the studios of SANAA and Kengo Kuma. In 2008, Moreau and Kusunoki left Tokyo together, so that Moreau could open Kengo Kuma’s office in France. Notable projects undertaken by Moreau Kusunoki include the Théâtre de Beauvaisis in Beauvais, the House of Cultures and Memories in Cayenne, the Polytechnic School of Engineering in Bourget-du-Lac, and the plaza for the Paris District Court (designed by Renzo Piano) at the Porte de Clichy. In 2015 Moreau Kusunoki’s proposal was awarded first prize at the Guggenheim Helsinki Design Competition.

Steven Toia founded Genton in 2010 with a focus on delivering outstanding design and quality architectural and design work. Steven’s experience extends to design, documentation and procurement of small, large and complex projects both locally and internationally. Fellow Director Marc Debney, brings together diverse training in Architecture, Fine Arts and Law to weave design vision and project requirements to guide decisions with unwavering commitment to design. With established studios in Sydney and Melbourne they have been recognised with award-winning results across commercial, residential, infrastructure and technical projects including the design and rebuild of public buildings.