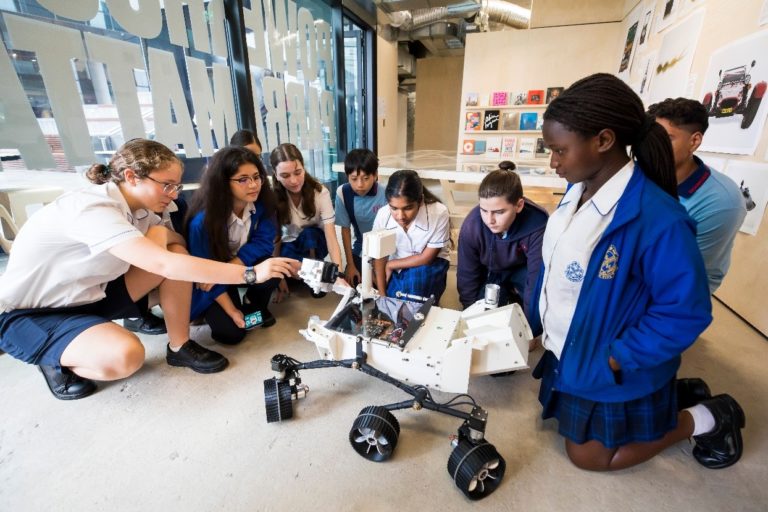 The Powerhouse Museum has announced the launch of free STEM workshops for students and young people at its Parramatta Square Community Space.

The Community Space in Parramatta Square has seen more than 1,200 visitors come through its doors since it opened in December 2020. The overwhelming majority of visitors live locally in

Western Sydney and have shown great excitement and anticipation for Powerhouse Parramatta.

Powerhouse Parramatta will be the first NSW State Cultural Institution to call Western Sydney home. At over 18,000 square metres of museum exhibition and public spaces, it will deliver dynamic exhibition, education and community programs that will attract over 2 million visitors in its first year.

Chief Executive of the Powerhouse, Lisa Havilah said: “We have been thrilled by the community response to Powerhouse Parramatta over the past four months at our Community Space. There has been overwhelming positivity and anticipation for the Museum from people within the Western Sydney community.”

“We are excited to announce the extension of our popular workshops for students and young people in the Community Space in Parramatta. Our new series of programming launching on 10 April will include game design, creating music synthesisers and solar car workshops.”

The new STEM workshop series will launch on 10 April and will run each Saturday until 29 May 2021. The free workshops are aimed at ages 8 to 12 and sessions are bookable on arrival.