We acknowledge Australia’s First Nations Peoples as the Traditional Owners and Custodians of the land and give respect to Elders – past and present – and through them to all Aboriginal and Torres Strait Islander peoples.

Powerhouse Announces ‘Culture Up Late on Thursdays’ in Summer 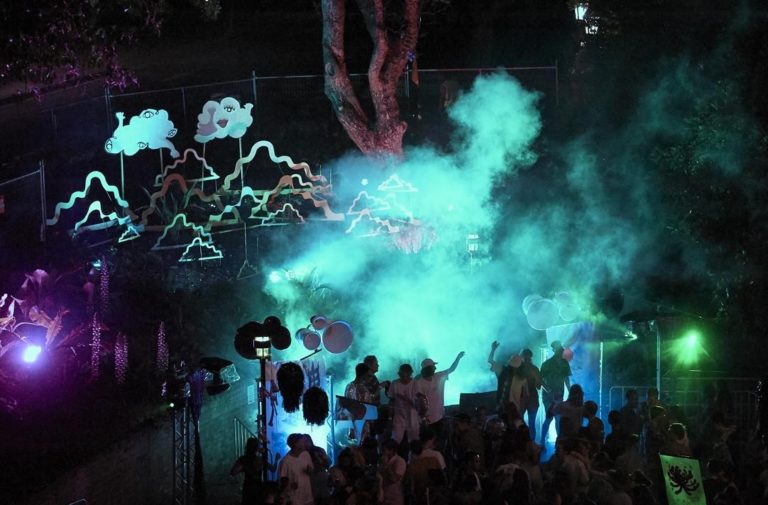 The Powerhouse Museum has today announced a program of free exhibition tours, music performances, DJ sets, film screenings and a Campari bar for the Culture Up Late program, running throughout Summer 2021.

As part of the recently announced ‘Culture Up Late’ initiative by City of Sydney and NSW Government, the Powerhouse will remain open until 9pm every Thursday evening from 21 January – 25 March 2021, with a special ‘after-hours’ Museum experience, including late admission to the exhibitions and live performances across the Ultimo site.

Independent broadcaster FBi Radio will bring their innovative programming out of the studio and into the Museum with an evening of new local music, digital projections and performances on 28 January.

On 11 February, legendary musician and composer William Barton will program a night of Australian talent ranging from musicians, film makers and performers representing a journey through Australian cultural history. Alongside collaborator and violinist Véronique Serret, Barton will perform a tribute to his mother, after a year where he has not been able to physically connect with her, through poetry, art and song across the Museum.

Sydney Design Festival 2021 Creative Director and writer Stephen Todd will curate an evening on 25 February to launch the Hybrid publication, exploring the designs and commissions presented in the Hybrid: Objects for Future Homes exhibition.

On 11 March, Powerhouse NSW Creative Industries residents Romance Was Born will work with artists to saturate the Powerhouse in Australiana kitsch. The beloved fashion duo will program the Museum’s theatre spaces with their past fashion parades, favourite film clips and video works, whilst DJs and performers weave between the exhibitions.

Alongside the late-night program, the Powerhouse will host a Campari bar at the Powerhouse Studio on the Goods Line. Open until late on Thursdays, the bar will include a special Campari cocktail menu.

Powerhouse Museum Chief Executive, Lisa Havilah said: “We are collaborating with our Australian creatives in residence as well an exciting line-up of guest curators to present a series of live performances responding to our collections and exhibitions. We look forward to welcoming our visitors to have a new and exhilarating experience with the Museum much later than usual.”

Tickets are free and will be available in January 2021.