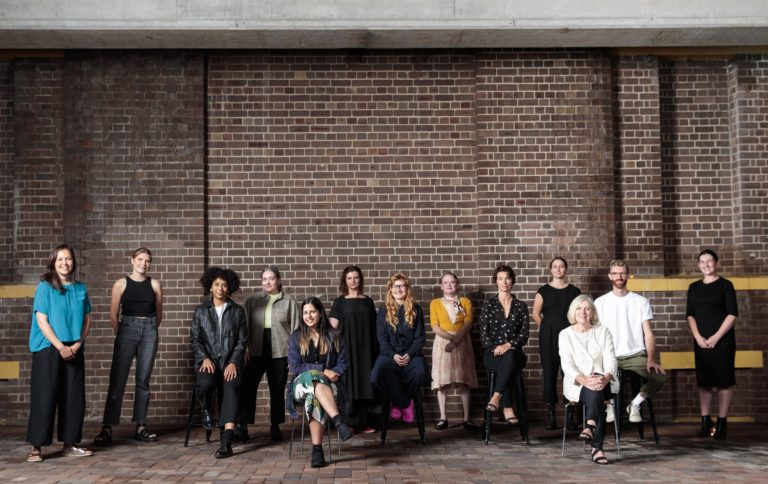 The Powerhouse has today announced the successful residents selected for the expansion of its creative industries program.

Lisa Havilah, Chief Executive, Powerhouse Museum said: “Collaboration and contemporary practice is a key principle of the Powerhouse and we are thrilled to be able to expand and provide further space for NSW creatives. The inaugural residents have created incredible work and collaborations during the first year of their residencies and we look forward to working closely with our new residents in 2021.”

Ainslie Murray
Ainslie Murray is an interdisciplinary artist and academic at UNSW, Sydney. Her 15-year practice explores the augmentation of architectural space through subtle realisations of forgotten and intangible spatial forces. Her work ranges from large-scale installations, events and constructions, to film, painting, textiles and printed works. She has been awarded prestigious residencies at the Banff Centre, Cité Internationale des Arts Paris, Andrea Zittel’s residence AZ West in Joshua Tree, California and Artspace, Sydney. Her work has been exhibited throughout Australia and internationally in Canada, China, Denmark, Japan and the UK.

Australian Graphic Design Association (AGDA)
AGDA is Australia’s largest representative association of professional communication designers. A community organisation at our core, we’re not-for profit, and here to support our members and the industry.
With members distributed throughout the creative, visual communications, applied design and technology sectors, it is dedicated to advancing the profession through an interrelated program of local, national and international activities in education, advocacy and professional development. Its core purpose is the constant development and championing of the professional standing and creative excellence of the Australian design industry.

Counter Magazine
Counter Magazine peels back the tough, taboo and beautiful topics of food. It brings into focus the stories behind food – from Australia to the globe, and from the land and sea to people and places in urban and rural locations. Counter Magazine is independently produced in Sydney and printed in Melbourne twice a year. It was founded in 2019 by celebrated chef Daniel Johnston, editor/researcher Kate Cox, and opera language coach Tanja Binggeli. The team has grown to include designer Sally Parsons and journalist Eden Rose Faithfull.

Nell
Nell is an award-winning artist whose multifaceted and interdisciplinary practice encompasses painting, sculpture, music, video, wearables, collaborations, community projects and public art. Across two decades, Nell’s work has been included in over 250 exhibitions in Australia and abroad, including at the MCA; the Art Gallery of NSW; NGV; NGA; AGSA; QAGOMA; MONA; Waikato Institute of Technology, NZ; Galerie Y-Burg, Vrieshuis Amerika and PS Project Space, Amsterdam; La Maison Rouge, Paris; and STATION. She has undertaken residencies in Rome, Beijing, Canberra and Sydney and has also completed a number of public art works. A mini-monograph on Nell’s work was published by Thames & Hudson in August 2020.

Bianca Willoughby is an interdisciplinary artist whose work
involves collaboration with artists and practitioners from a variety of creative fields including dance, theatre, 3D and VR design, performance, costumes and textiles. Informed by a keen interest in queer/crip theory and trans, indigenous disability advocacy, Bianca’s work makes visible the often hidden and unspoken world of the chronically ill.

Willurai Kirkbright is a Wiradjuri woman who believes in art as activism and community engagement. She has exhibited in numerous exhibitions around Australia and was part of the Sixth Sense exhibition curated Djon Mundine at National Art School. She completed an Australia Council Residency at the Cite in Paris with a solo exhibition at Airspace, Marrickville in 2019.