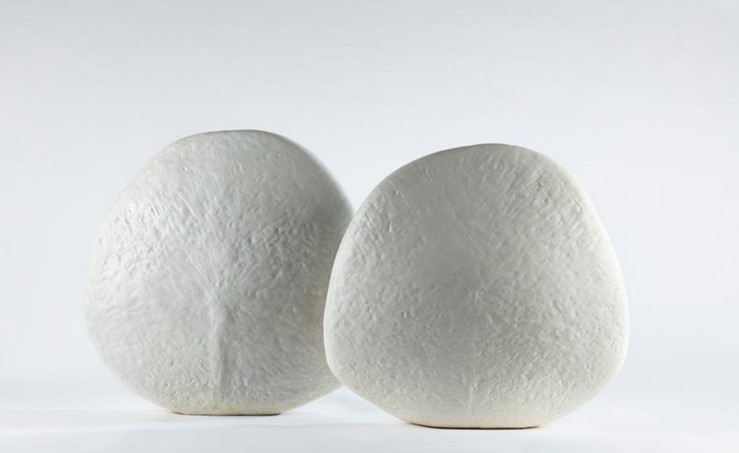 A major exhibition charting studio ceramic practice in Australia over the last 50 years will open at the Powerhouse Museum on 11 October 2021.

Bringing together works from 160 Australian artists, Clay Dynasty will celebrate Australian studio ceramics, as shaped by three generations of makers. The exhibition will present more than 450 works from the Powerhouse collection and will feature 70 new commissions and acquisitions from Australian artists.

Surveying over 50 years of practice, Clay Dynasty will feature works by pioneer potters who profoundly changed the course of Australian studio ceramics in the 1960s. Led by the English potter Bernard Leach’s interest in pre-industrial ceramic traditions of Europe and East Asia, they made uniquely Australian objects by using local materials and responding to the Australian environment.

Alongside the functional tradition, Clay Dynasty will explore the quest for artistic expression. Objects from the 1970s will illustrate the impact of American Funk art movement and popular culture in Australia, while works from the 1980s will reveal how Australian artists explored the vessel tradition through postmodern forms, colours and patterns.

Works from the Museum’s collection include ground-breaking pieces by Marea Gazzard AM, Gwyn Hanssen Pigott OAM, Margaret Dodd’s iconic Two blues Holden ceramic car which feminised the iconically macho FJ Holden of the 1970s; Joan Ground’s 1973 ceramic postal parcels and a rare collection of the earliest pottery made by Indigenous Australian makers in 1968–74 at the Bagot Pottery in Darwin, Northern Territory.

Lisa Havilah, Powerhouse Chief Executive said: “The Powerhouse collection of Australian studio ceramics is the most significant in Australia. We are committed to continuing to support contemporary Australian artists and documenting this significant field of practice for future generations.”

Eva Czernis-Ryl, Curator, Clay Dynasty, said: “As the first major exhibition exploring studio ceramic practice in Australia from the 1960s to now, Clay Dynasty reveals a field of dedicated artists, teachers and communities. Working with the Powerhouse’s Australian ceramics collection was a fascinating journey of reassessment and discovery.”

Clay Dynasty has been designed in collaboration with Aileen Sage Architects and AX Interactive and is supported by Brickworks.

Powerhouse is partnering with local ceramic studios to develop a masterclass program in conjunction with the Clay Dynasty exhibition, where guest artists will explore a range of ceramic techniques. The series starts in October, with Stephen Bird leading a two-day raku firing class at National Art School. Prue Venables will demonstrate how to create functional forms through wheel throwing and altering at Claypool, and Hermannsburg Potters will deliver a workshop exploring underglazes on terracotta at Kil.n.it studio.

In partnership with the ceramic industry, Powerhouse will host a symposium celebrating Australian studio ceramics from the 1960s to now, as part of the Museum’s ongoing research series. The symposium will focus on current practice and will look into the future, with speakers including Clay Dynasty curator Eva Czernis-Ryl, curator and writer Grace Cochrane AM, Head of Ceramics at the National Art School Lynda Draper; participating artists will include Stephen Bird, Kirsten Coelho, Geoff Crispin, Paul Davis, Penny Evans, Vipoo Srivilasa, Ramesh Mario Nithiyendran and Gerry Wedd.