It’s National Science Week! Tune in each day to meet MAAS’ science curators, discover objects from our wonderful science collection and find out what a science curator actually does in a day.

To start off National Science week we interview the Science Curators of MAAS and find out what they love about working in a Museum. 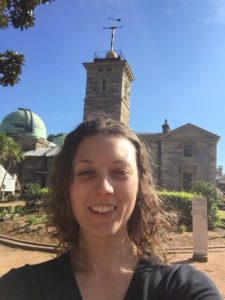 How and why did you become a science curator? While completing my PhD in astronomy, I began working as guide at Sydney Observatory. I quickly realised that I enjoyed talking about science more than I enjoyed actually doing science myself! I was also inspired by the STEM crisis and the ‘anti-science’ attitudes being seen in Australia lately, and decided to pursue a career in science communication. Working at MAAS allows me to share my passion for science with the Museum’s large and diverse audience. I haven’t looked back!

Favourite collection object? I’ve already written about it recently, but I just can’t go past the perfect silicon sphere, which was my first acquisition as a curator. Made at CSIRO in the 1990s, this sphere is perfectly round to within 30-40 nanometres: in other words, if the sphere were the size of the Earth, the biggest bumps would be just 1cm high! The sphere is part of an international project to redefine what a kilogram is. 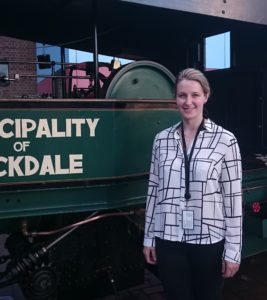 How and why did you become a science curator? I have always loved museums, they hold a magical quality for me even as an adult. When I visited my friend at her new job at the Natural history Museum, London, I knew that I needed to start looking in Sydney. I was lucky: the week I got back from the trip they advertised the Assistant Curator position on Jobs NSW. Having worked in community engagement and science education before this, telling the stories of the Museum’s collection was a natural fit.

Favourite collection object? Advances in 3D modelling, scanning and printing are already revolutionising the way we imagine fashion. This dress was modelled on the patterns of petals, feathers and scales and has over 1600 unique pieces and almost twice as many hinges. The dress was printed in a process called selective laser sintering and was removed from the printer fully assembled. All that is required is that it is unfolded, cleaned and the hinges loosened up to allow it to flow like fabric. 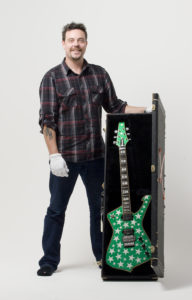 How and why did you become a science curator? Museological practice led me to the science disciplines of curatorial. I have a background in trades, performance and, academically, education and professional writing. At the Museum I have worked across venue operations, publishing, executive administration, and curatorial. As a curator, the application of sciences and its impact on culture is of great interest to me.

Favourite collection object? A mortuary table made in Australia around 1940. The mortuary table was used at a hospital in Auburn, then by a nurse at her home as a potting bench. The table began life as a part of human dissection apparatus, but went on to be a gardening table in a suburban backyard. It fulfilled both roles superbly. 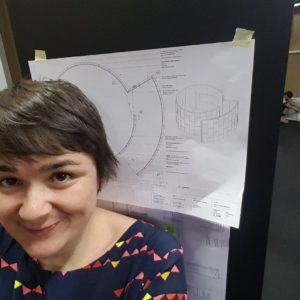 How and why did you become a science curator? Basically, I’m a massive nerd who is curious about the world and everything in it. I studied microbiology at uni and looked forward to a glittering career in bossing around lab rats. It hasn’t quite turned out that way… After uni, a love/hate relationship with pipettes and RNA extractions drove me out of the lab and to the ABC. There, I discovered I’m a natural science gossip – I like talking about other people’s science more than doing my own. I did loads of fun things at the ABC – talking about science on the radio, coordinating and hosting live science stage shows for school kids, researching for science TV shows like Sleek Geeks and managing a science festival. In 2011 I started working at MAAS in the Education team. After a couple of years working with our younger visitors I moved over to the Curatorial team to get my (gloved) hands on the collection.

Favourite collection object? I love our collection of posters advocating safe sex and different forms of contraception. They are delightfully entertaining and attention grabbing. My favourite is a poster produced by the Family Planning Association of Queensland. It shows the backs of a man and woman with their arms round each other. The woman has her fingers crossed and the poster reads: “there are nine methods of birth control… This isn’t one of them!” 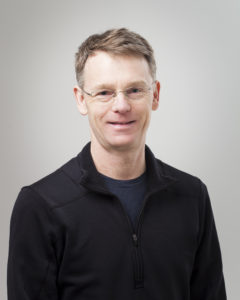 How and why did you become a science curator? How? I read science fiction and received a telescope when I was young – but I got bored just looking at the sky so made up mini astronomy projects, Bachelor of Engineering (Aerospace) degree, PhD in astrophysics, Astronomy Guide at Sydney Observatory since 1990, temporary Curator of Astronomy for a few years before my full-time role as Curator. Of course, only in hindsight was it that linear! Why? I love the feeling of discovering something new. Both astronomy and the museum’s collection provide endless opportunities for that.

Favourite collection object? The Earnshaw chronometer #520 , or “E520”. It represents so much: all the themes above bar space but particularly time, also measurement, precision engineering and craftsmanship, Flinders’ circumnavigation of Australia, survival against the odds (and a shipwreck), links to James Cook, John Franklin, Vancouver and so much more… 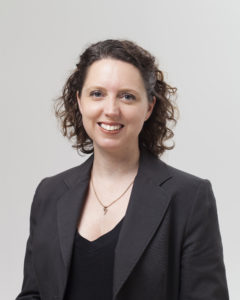 How and why did you become a science curator? I didn’t know the job of a science curator existed when I was studying or in school! After studying engineering and working in heavy industry, I worked in science education and museum education. From there I became a curator and have worked on projects about innovation, technology and design. It’s great because there is always something new to learn across so many different subject areas. At the moment I am researching everything from future fictional design scenarios to the earliest electricity systems.

Favourite collection object? It’s very hard to choose just one! Boulton and Watt’s spectacular rotative steam engine represents the major transition to industrial manufacturing and all the benefits and costs that have accompanied it. The medicines that resulted from Florey’s penicillin mould samples have kept us all healthy. The specimen piece of Babbage calculating engine is not only beautiful but also represents the beginnings of modern computing. 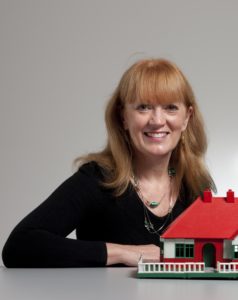 How and why did you become a science curator? While at the University of Sydney I “discovered” Historical Archaeology and at the National Trust was a committee member where I was introduced to Industrial Archaeology. While undertaking postgraduate qualifications in Museum Studies, my internship brought me to the Museum of Applied Arts and Sciences and not long after secured a curatorial position in Transport. Books on farm machinery, old Sydney buildings and transport etc followed. I have now spent decades at the Museum developing and researching the collection and in recent years have visited and advised regional museums throughout NSW and mentored a number of Museum Studies interns and volunteers which I have thoroughly enjoyed.

Favourite collection object? My favourite object is Locomotive No.1, the first steam locomotive to haul a passenger train in NSW in 1855. Few countries retain their first engines and this object has been in the Museum’s collection since 1884! It was built in 1854 by Robert Stephenson & Co. at Newcastle on Tyne in the very same workshop as the Rocket. It is an obvious favourite for most children and many adults visiting the museum and is certainly the most photographed object on display.

And remember, if you get the chance, there are a wealth of opportunities to get involved with science this week as part of the Sydney Science Festival.