The King’s School at Parramatta in Sydney, has recently completed a new Innovation building. The domed foyer in the building was specifically designed to exhibit large science objects. The King’s School approached the Powerhouse Museum to formally request a loan of an object from the Museum’s collection and Dick Smith’s helicopter, donated to the Museum in 1990, is the first object to be displayed in the new building. Dick Smith was the first person to fly solo around the world in a helicopter in 1982/3.

The responsibility of hanging a large, heavy piece of machinery from such a height was a complicated task involving our experienced conservation and registration staff. It also included contractors: an engineer, truck driver, cherry picker operator, rigging staff and others.

The circular building has been carefully designed with a display beam at the top of the dome for suspending heavy objects. The building’s engineer was also present on the installation day, to check that the weight of the helicopter did not exceed the maximum limit of the display beam.

From left to right the images show the helicopter at the Powerhouse Museum being loaded onto the long slide bed of the tilt tray truck and how it was secured with soft slings, ratchet straps, ropes and blankets to ensure its safe transportation to The King’s School.

The helicopter being unloaded at the The King’s School, Parramatta and laying boards to protect the floor from tyre marks.

The rear stabiliser and the rotor blades being re-assembled. 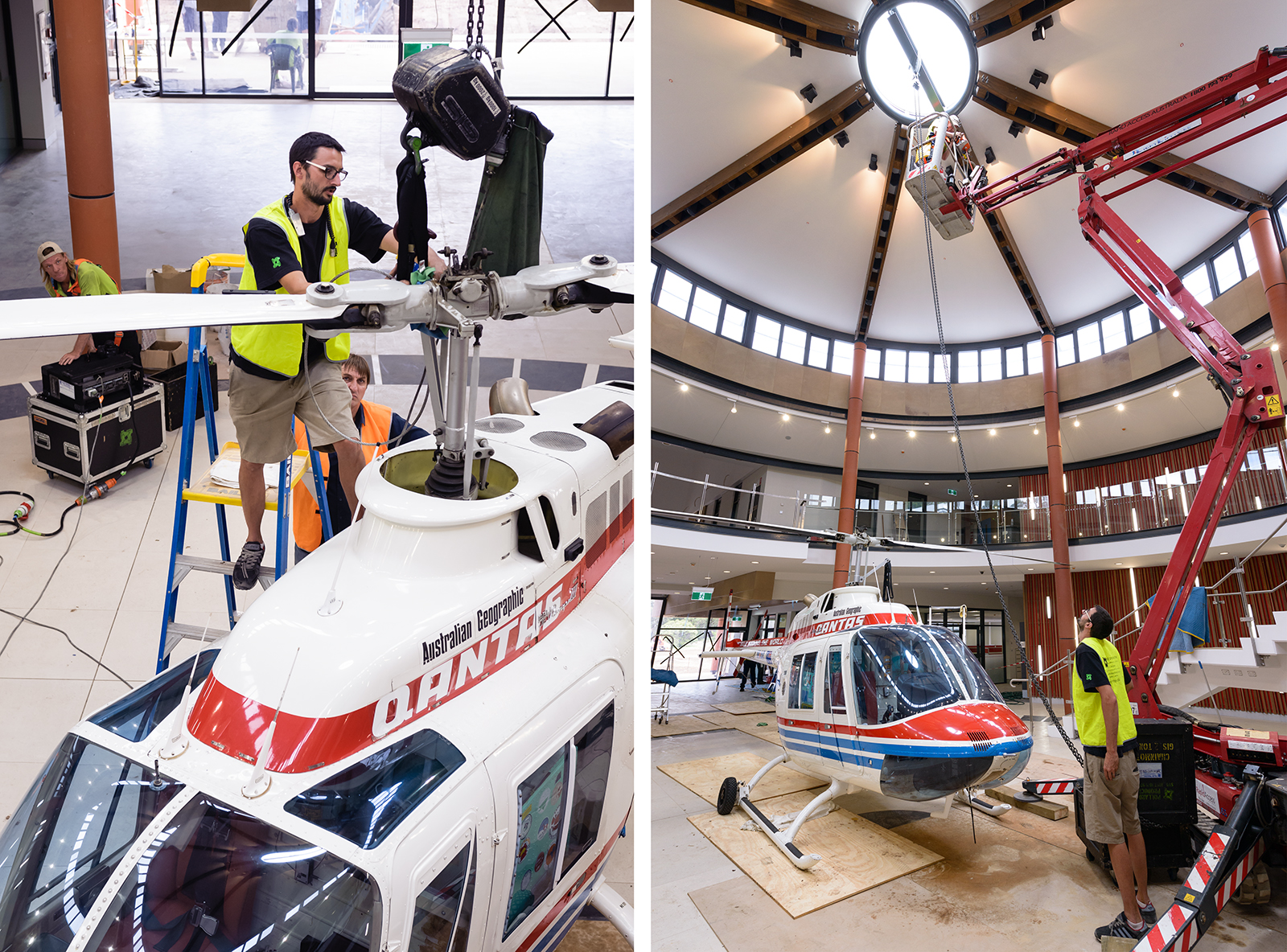 Preparing the chain block prior to lifting and attaching it to the engineer designed lifting point.

The lifting process and the transfer of the helicopter’s weight from the chain block to the permanent suspension cable.

The cable being attached to the helicopter, stabilising the tail with wire supports and the display beam holding the object aloft.

Staff from The King’s School took a video of the day’s action.

The Powerhouse Museum has suspended many flying crafts from its own ceilings and each one has needed a suspension support except for the Catalina Flying Boat. When it needed to be go on land, detachable wheels had to be re-attached when the plane was in water. This wasn’t practical so a suspension hook was made at the centre top of the wing so the plane could be lifted out of the water with a crane. The Catalina was installed in the Powerhouse Museum in 1988.