Last week we installed a new exhibition at the Powerhouse Discovery Centre. It’s a small version of a display we created recently to help celebrate the biggest innovation in Australia’s wool industry…

Boonoke is a sheep station near Deniliquin in the Riverina District of NSW, eight hours’ drive west of Sydney. It’s located in one of the hottest, driest, and flattest farming landscapes in Australia. The property’s graceful old homestead sits in a bend of the Billabong Creek that snakes its way lazily across the plain. The Museum was there in September at the birthplace of the Peppin Merino, the sheep of folklore that ‘carried the country’ and generated enormous wealth for a century.

One hundred and fifty years ago, the Peppin family set out to breed a Merino sheep that could thrive on Wanganella, the property that adjoins Boonoke. In the process they transformed the tiny short-woolled Spanish Merino into a large, robust sheep that produces ten times more wool. This sheep became known as the Peppin Merino. Their spectacular success changed global textile industries and economies, and made Wanganella the most influential stud in the land. The Museum’s unique collection of wool samples, cut from sheep in the 1800s, documents the results of the breeding programs that created the Peppin Merino. So, when we were invited, we jumped at the chance to develop a small exhibition to coincide with the Wanganella Stud’s 150th anniversary celebrations.

Merinos evolved from a mutation in Spanish sheep about 800 years ago. They were closely guarded, so very hard to come by until 1810. Australia’s first sheep were a mix of African, Indian and English crossbreeds with diluted Merino genes that were mainly grown for meat. Consequently Australia developed a mixed flock with a wide genetic heritage. When Spanish Merinos were brought here in the 1820’s they formed the basis of the country’s fine wool flocks but were confined to cool climate regions in NSW and Tasmania. They were too small to survive in arid Australian conditions.

The Peppin Merino’s success is due to its mixed ancestry of about 20 different types of sheep. Each type contributed genes for particular physical characteristics that suited the sheep well to the environment or the market. Mixed-breed Australian ewes were crossed with imported ‘improved Spanish Merino’ rams that were the progeny of Spanish Merinos and larger, long-wool sheep. The Wanganella stud masters were not afraid to experiment and cull and, most importantly, they let the environment have a major say in which animals survived. They selected the ‘best of the best’ to interbreed to fix the type.

The resulting sheep were large, hardy and resilient, and their fleece was long, lustrous, dense, and soft. The yarn processing machines of industrialized Europe demanded much longer fibres than a Spanish Merino could grow. The Peppin Merino’s long fleece met the need perfectly and helped Australia dominate world wool markets with large volumes of high quality wool. Today 70 per cent of the Australian Merino flock carries the Peppin bloodline. FS Falkiner & Sons is the current owner of the Wanganella Merino Stud and Boonoke is the centre of operations. 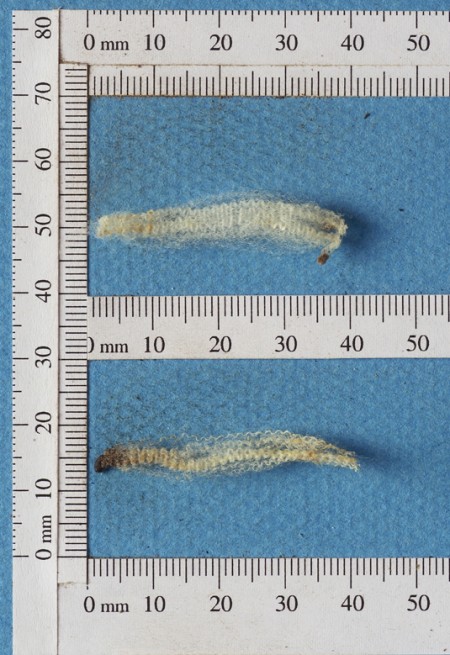 The Museum’s exhibition in Boonoke’s machinery shed was a great success. Over the day more than 1000 wool growers from all over Australia packed the shed, avidly absorbing information, and studying the wool samples. They were also delighted by fashions and a rolling show of photographs from the last two centuries. Most importantly, the exhibition triggered discussions between three generations of graziers about the changes they’d seen in their industry. Many personally thanked us for taking the trouble to present their history in the way we did.

Going bush is always rewarding but this was a dream job… The people, their history and their country…all in exactly the right place on the bend of the Billabong Creek.

3 responses to “The Peppin Merino”