This blog was written by intern Brett Szmajda, who is researching the vital topic of energy storage.

I’m sure that many of you have heard of the Toyota Prius, the Tesla Roadster or the Chevy Volt. Hybrid and fully electric cars are making a big splash at the moment, promising quieter travel with fewer tailpipe emissions. In time, and with improvements in battery technology, it’s conceivable that electric cars might replace gasoline-powered cars.

Would you be surprised if I told you that the battle between electric and gasoline-powered vehicles is over 100 years old?

In the early 20th century, gasoline-powered cars and electric cars coexisted. There were even steam cars. Gasoline cars had greater range and could be ‘recharged’ instantly with a jerry-can of petrol, picked up from the general store. But they were loud, smelly, and difficult – even dangerous – to start: the only way to start them was by manually winding a heavy crank shaft, and if the car backfired the crank shaft could break your arm! By comparison, electric cars offered quiet operation and easier start up, with roughly the same limitations that they have today: once you were out of power, you faced a long wait while the car batteries recharged. The pros and cons on each side were roughly balanced, and because of this an interesting innovation race took off.

One big name, fighting for the electric car, was Thomas Edison. Electric cars, back then, ran off rechargeable lead-acid batteries that were essentially the great-great grandfather of the auxiliary lead-acid batteries in today’s cars. Edison thought he could do better, and that brings me to today’s object.

Pictured above is a B-2 nickel-iron (or ‘Edison’) battery. The sectioning of the battery gives us a nice look at its internal workings and lets us see how it compares with later ‘dry cell’ batteries like the Columbia ignitor. B-2 is simply a model number used by Edison to distinguish batteries used for different purposes, much like today’s batteries are AA, AAA, C, D, and so on. This particular model was not used for electric cars (that responsibility fell to its big brother, the A cell); instead, the B-2 was typically reserved ‘for ignition, and other light work’. Other uses for Edison batteries included telegraphy, and running lamps and signals in mines, trains, and ships. Large nickel-iron batteries were even deployed in submarines in World War I.

One of its most desirable features was that the Edison battery was nigh-on indestructable; workers at Edison’s factory performed wear testing by repeatedly throwing the battery out a third-floor window. It was also rugged electrically; the cells could withstand being left uncharged for decades, before working just-like-new after a fresh charge and electrolyte top-up. 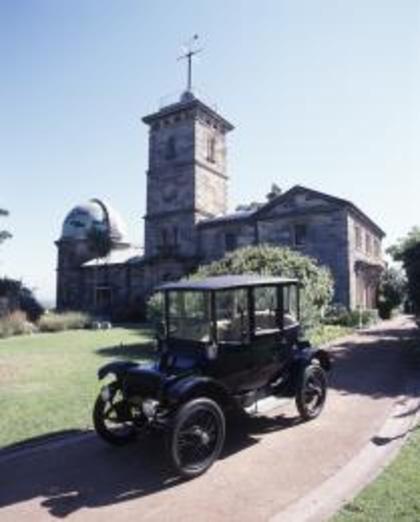 Edison batteries were used to run another item in the Powerhouse collection: the Detroit Electric car (see right). In fact, Edison himself owned one. The Detroit electric boasted a range of about 130 km (if driven conservatively) and a top speed of around 50 km/h. There was a surge of popularity for such cars again during World War I, when the price of petrol rose sharply. A public charging point was even installed at Palmer Street in the Sydney CBD, allowing you to recharge your electric vehicle for a modest fee. (I find this revelation quite funny, as a century later, we’re having debates about ‘range anxiety’ on electric cars and how to recharge your electric car while on vacation).

So whatever happened to the nickel-iron battery? Why do we have a lead-acid battery under the hood of our car nowadays? It was probably a combination of things. The electric starter motor was invented in 1911, eliminating one of the biggest drawbacks of petrol cars. Part of it might be the limitations of the Edison battery: it cost more to manufacture than a lead-acid battery; it was greatly inefficient at low temperatures, rendering it almost useless in winter; and it performed poorly in situations where a high discharge or high recharge rate was required. I’d also speculate that the market also played a role: petrol car manufacturers likely had business agreements with certain battery companies. Because of its wide range of other uses, the Edison battery was produced for over half a century, with production only stopping after Edison Storage Battery Co. was acquired by Exide Batteries.

So if you happen to be digging around in the grandparents’ tool shed and find an old Edison battery, you can tell your friends that you’ve found a part of one of the first electric cars. Hell, if you feel like fun, replace the electrolyte, and try (carefully!) giving it a charge. It’ll probably still work.

One response to “Building a better rechargeable battery”