While you’re thinking, I’ll explain the name. Chambre Syndicale de la Haute Couture Parisienne (“Trade Union of Parisian High Fashion”) is one of three entities (along with prêt-a-porter men, or ready-to-wear clothing for men, and prêt-a-porter women, ready-to-wear clothing for women) making up the Fédération Française de la Couture, du Prêt-à-Porter des Couturiers et des Créateurs de Mode (yes – it’s a mouthful, but means “The French Federation of Fashion and of Ready-to-Wear Couturiers and Fashion Designers”)! It was founded in Paris in 1868 by Englishman, Charles Frederick Worth, initially to stop couture designs from being copied, but now plays more of a role in positioning and promoting French fashion and style. 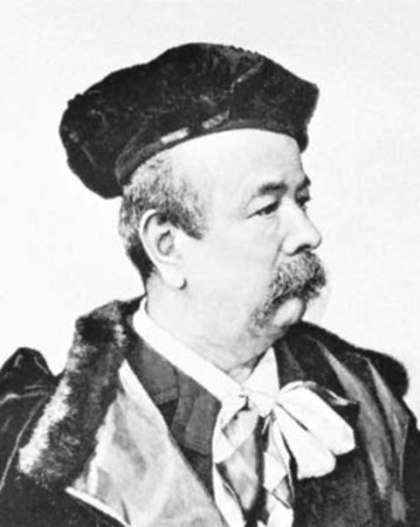 Charles Frederick Worth, Image courtesy of The Bourne Archive

The fashion house in question is Balenciaga. Founded by Cristobel Balenciaga in San Sebastian, Spain in 1918 (he opened a House in Paris 19 years later), Balenciaga refused to join the Chambre Syndicale for several reasons. He was a very private man. He avoided the press and he resisted the strict guidelines set forth by the Syndicale, which included during Balenciaga’s time: showing two collections per year; producing 75 new and original designs of day and evening wear for each of these collections and employing a minimum of 20 full-time people in their atelier. He also never wanted the House of Balenciaga to work for the mass-market, as Dior did, preferring to maintain an exclusive private clientele.

Today the fashion house is still not listed as a member of the Chambre Syndicale, continuing to respect Balenciaga’s wishes. But, what does this mean for them in the 21st century? I mean, the Syndicale protects couture houses from counterfeiting, now one of the biggest threats to the industry (although some may speculate whether or not this protection is actually succeeding) and is an advisory body, which surely serves as some kind of a safety net or guarantor to the fashion houses, and has been embraced by other big names like Chanel, Dior, Lacroix, Givenchy and Gaultier.

What is your take on Balenciaga and the Chambre Syndicale? Dior Couture Inside Out Who wore this Dior? Fashions on the Court