Romæo creates experimental art-pop, reminiscent of several artists and sounds but bound to none. Drawing influence from FKA twigs, Charli XCX, and Jockstrap, romæo creates a dystopian digital landscape that is both enthralling and somewhat uncomfortable. With only two singles under her belt, romæo has already impressed fans and industry, receiving rotation on FBi and SYN Radio, as well as plays on the js.

Had my first meeting with Astral People which was great so that we could begin planning what to achieve this year. I went into the meeting wanting to discuss collaboration opportunities with producers and songwriters. I also wanted to begin discussing what would be my next single.

We left this meeting with some key actions for both parties, mainly to do with organisation and pursuit of opportunities. I’m working on tidying up my demos and getting them all together so we can explore potential collaborations. 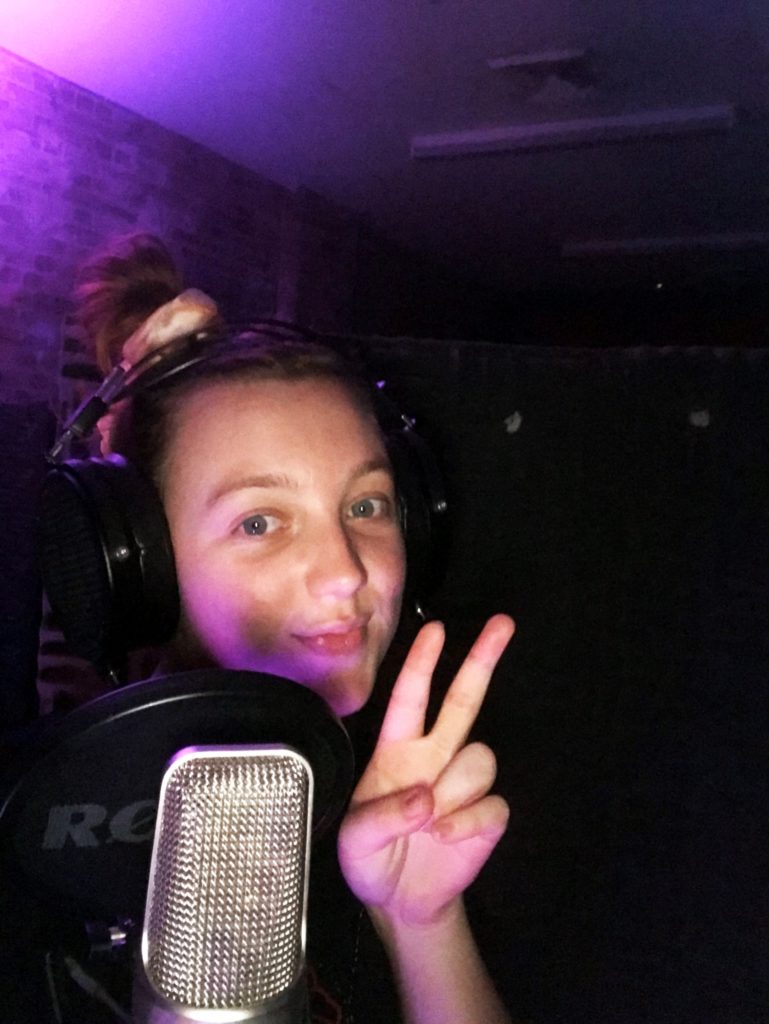 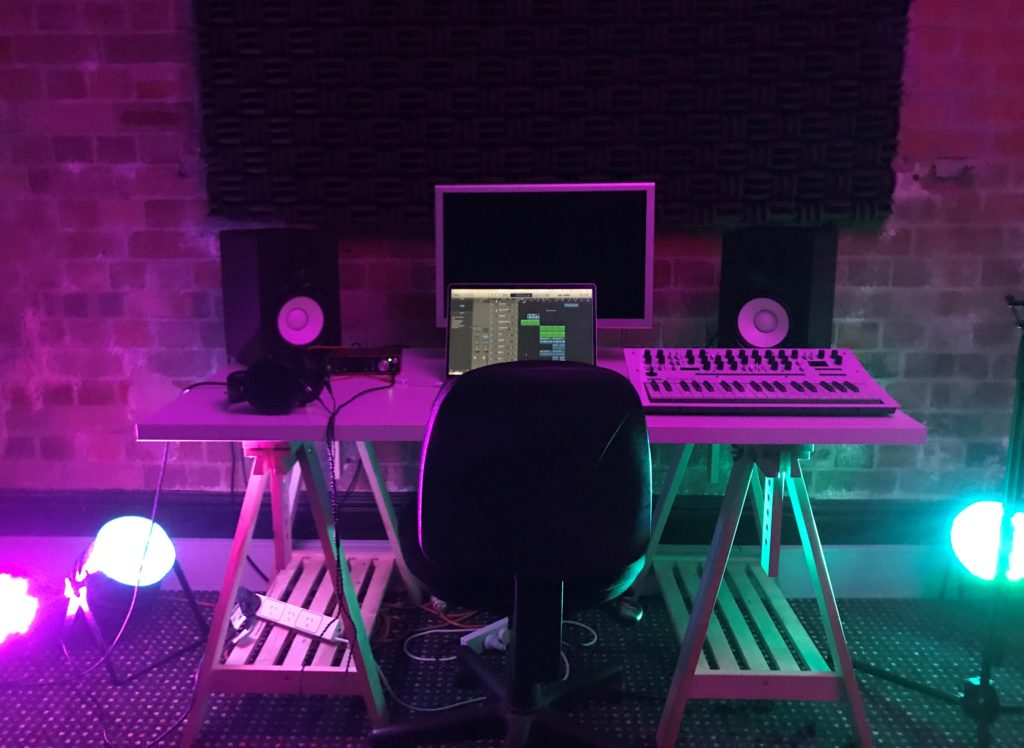 Although exciting, January has also been a bit hectic. Getting back into the swing of things and trying to work out what exactly I wanted to achieve felt a bit stressful. Over this six month fellowship period, I am also completing my Honours in music, and I’m not sure that is a blessing or a curse. I’m working on a concept album about beauty and so I’ve been able to use the space to help develop my tracks and really hone in on the production. 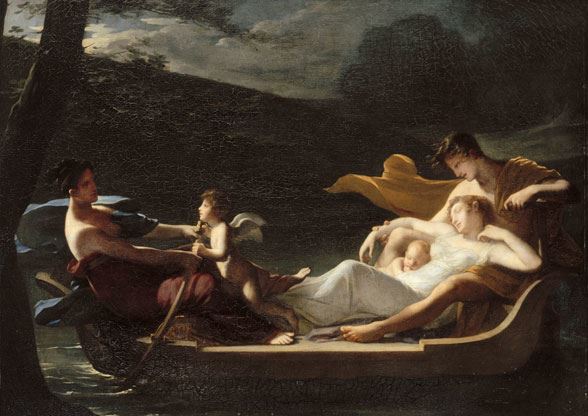 The Dream of Happiness by Constance Mayer 1819. Image Courtesy of Wikimedia Commons.

February has been really exciting as we begin to get things moving. I’ve begun getting into a routine of coming into the studio and smashing out some work. Through my chats with Astral, I have decided on the next single and am getting in touch with the necessary people to make this happen. I had a tour of the Powerhouse collection with curator Damian McDonald. From a personal and musical standpoint, this was a really interesting and inspiring. I find a lot of inspiration from art and culture around me so this was a great opportunity. 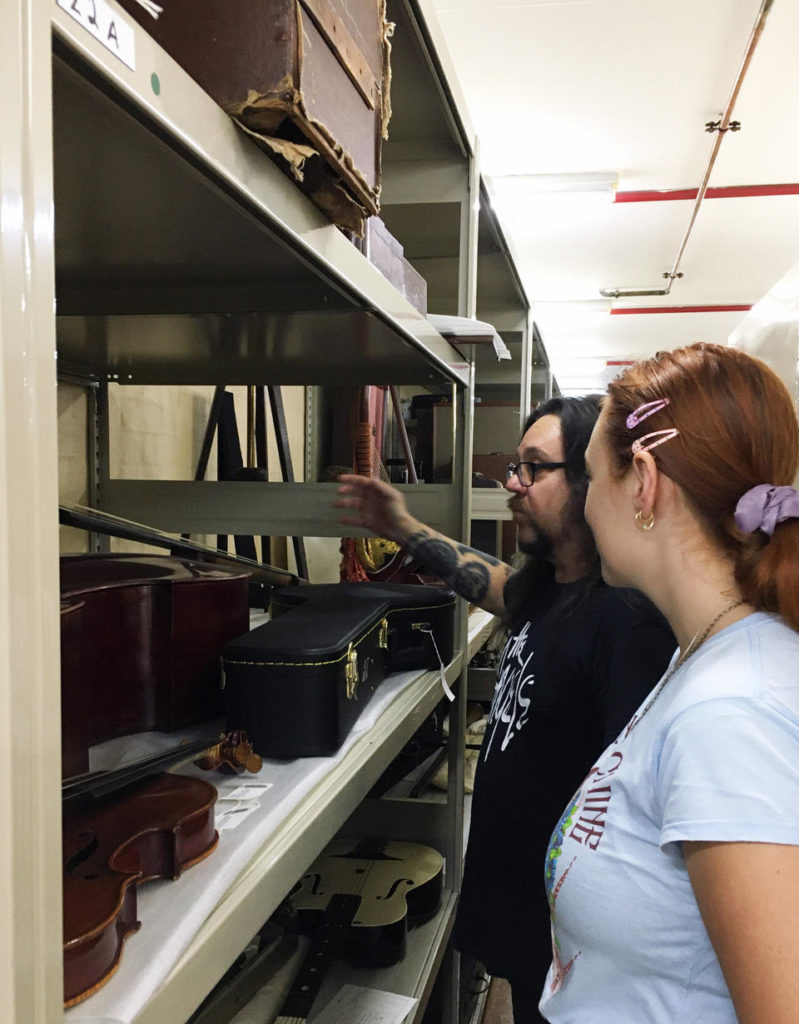 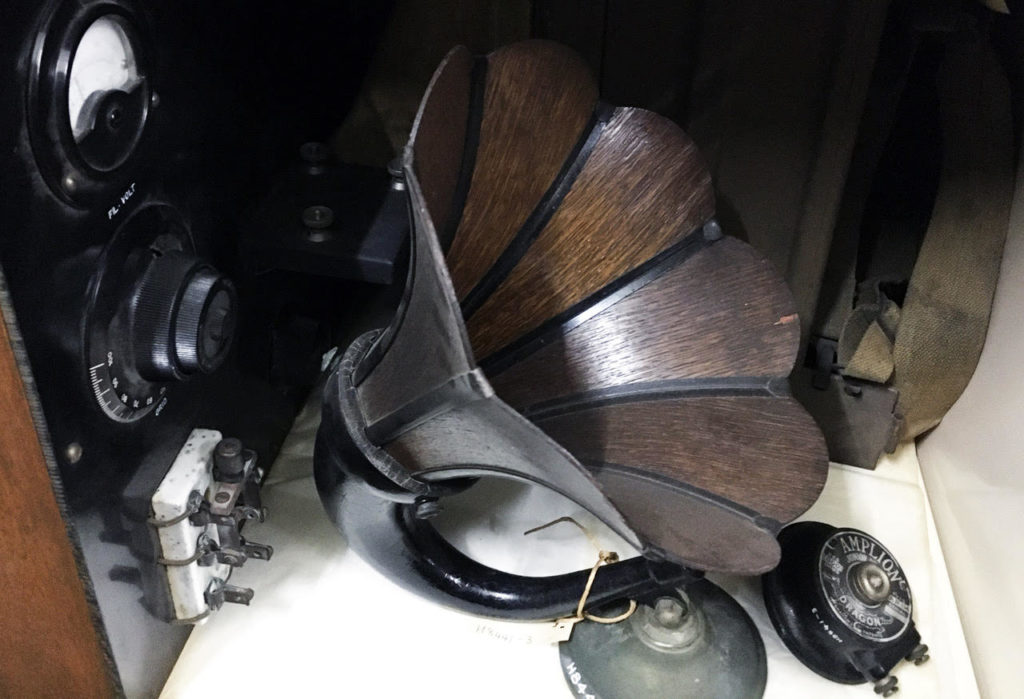 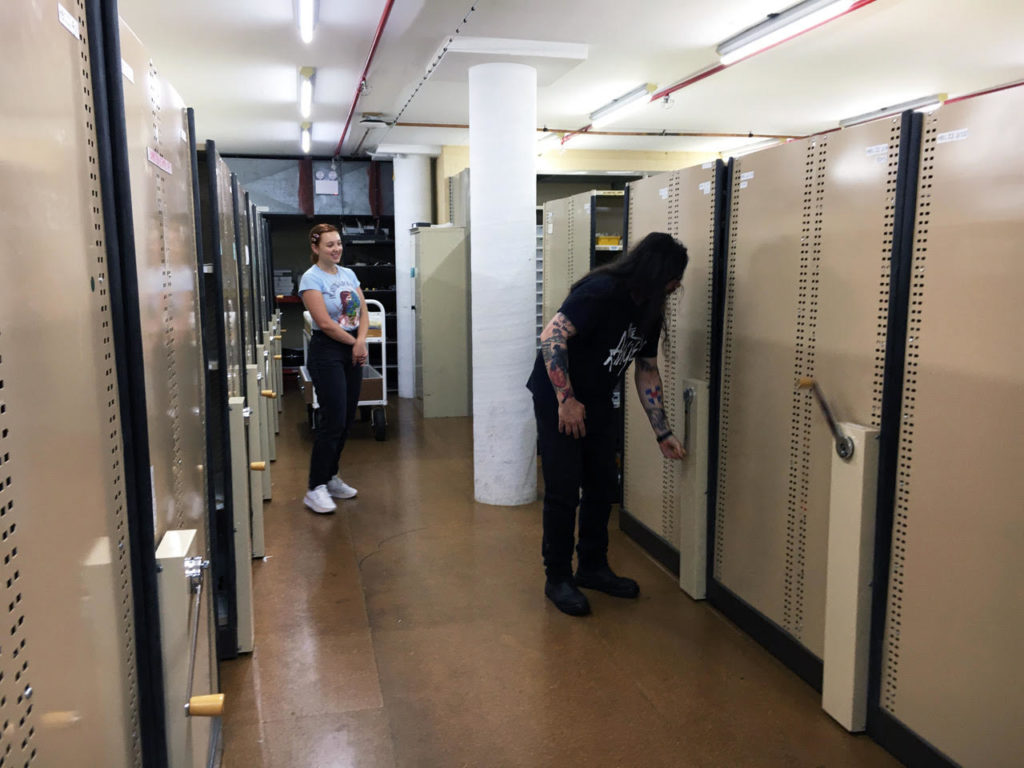 Images: 1) Curator Damian introducing me to some of the beautiful instruments in the Powerhouse’s basement collection area.2) Beautiful horn from an old gramophone. 3) Me afraid to touch anything.

This month I also ‘hosted my first collaboration in the studio with artist AnSo. It was super exciting to be able to invite someone to a space where we could focus on creating something great. Vic and Tom introduced me to some of the guys that work at Believe, which is an awesome music distribution and artist services company. I got an insight into the type of work they do and overall just got to have a great chat. Vic, Tom and I began discussing plans for the upcoming single. I ran over some of the ideas I had and we were able to come up with an action plan. We were also able to lock in some sessions with other producers and songwriters.

It’s been been a super busy few months for me! Navigating my honours, planning for the single, rehearsing for gigs and also trying to collaborate with others has been really exciting but hectic. I really made the most of the studio space this month having regular rehearsals with a trio and duo version of my band. I also invited fellow experimental artist AnSo into the studio to work on a song – which is sounding awesome after just two sessions. As someone who is used to working solo, this has really inspired me to be more open and invite more artists I admire to collaborate with. It’s just great to have a space to be able to invite people to. Images: Trio band after performing at Factory Theatre; Kiri and I performing a duo set; Mixing at Golden Retriever studios with Antonia Gauci.

Had a super quick meeting but productive meeting with Astral People. I had mixed my upcoming single with Antonia Gauci the week before, so we had a listen to that and the guys seemed to really like it. I then updated Tom and Vic on the artwork and press shot planning which I have organised and we also discussed how to support the single when it is out.

My bandmate Kiri and I did a live performance on 2SER, which we spent March practicing for. You can listen here https://2ser.com/romaeo-carve-live-performance/

I’ve spent this month preparing for my single release, rehearsing for band shows, and polishing the mixes for my honours project. I also did a photoshoot for press photos and to get the cover image for my upcoming single. This was a totally new experience for me and a really fun way to express my other creative interests. Alongside this, I also have been preparing my timeline and release plan. This means collecting industry contacts, delivering my single to my distributor, and working out my goals for the release. Images: One of the looks onset of the photoshoot; Half the band rehearsing.

After a lineup shift, this month I rehearsed a lot with my full band. We’ve got quite a few gigs coming up so its important we are well prepared!  This month I was fairly unwell, but it meant I was able to focus on the mixing and production side to my honours album. Tidying up the songs and preparing them for submission has been a tedious but rewarding task.

Time has flown by. I released two singles, one of which was my first collaboration as romæo, submitted my honours, played some great gigs and saw some really cool ones as well! In saying that, music making has taken a bit of a backseat – I’m trying to balance rest with productive work. This means I’ve now begun dedicated an hour or two everyday to just making some simple beats and loops to build up my catalogue of workable demos, without putting on songwriting pressure. Later this month, I will be attending an all womens/gnc songwriters camp as a producer so having a catalogue of workable demos will also be super valuable for this! In my final meeting with Tom and Vic we discussed my release plan for the single and beyond the fellowship, discussing career goals and options. Wrapping up the Fellowship

The Fellowship was really well rounded and comprehensive, but honestly the best thing for me was having the financial freedom to quit my job and work solely on my music, this was such a privilege. I was able to schedule my time how I wanted to, and set up a routine that worked well for me, which I’ve never really had the opportunity to do. I also enjoyed having a studio space where I could invite collaborators.

I think my creative practice is always changing and shifting focus. Having a dedicated studio meant I was able to focus heavily on my production and mixing skills, more so than my songwriting. In doing so, I am now at a place where I am thinking in sonic concepts and landscapes, which I don’t think I was doing as much 6 months ago. Becoming a more well-rounded musician means I can pick and choose what processes and practices I want to employ with each work.