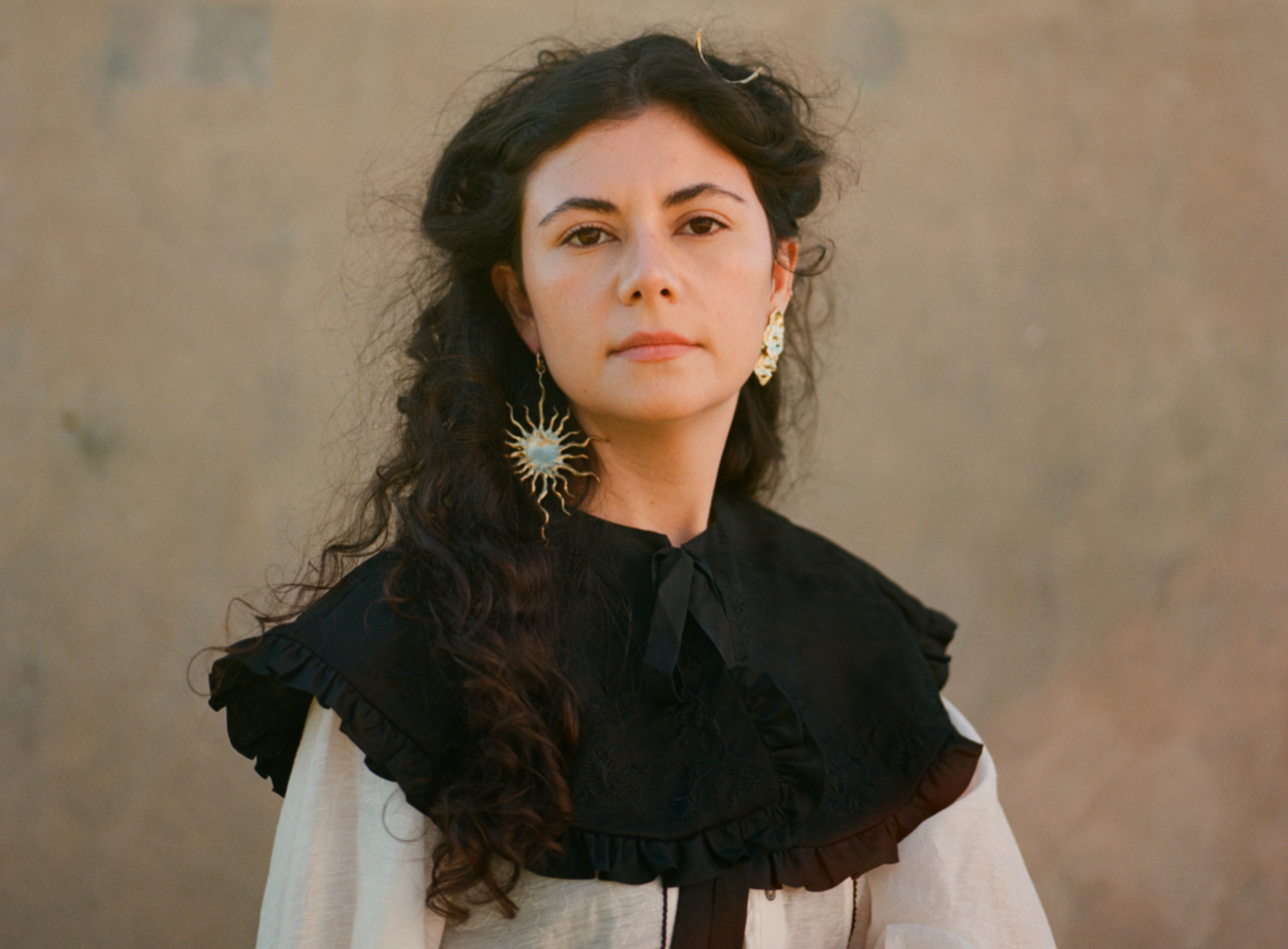 In every breath of her commanding and powerful voice, Indira strips herself bare. She crumbles the walls between artist and audience with playful intimacy. Carefully sculpting songs and guiding her band, she is at once philosopher and muse, imbuing deep poetic sentiment into her work.

Australian born, of Lebanese, Filipino, Spanish and Portuguese heritage, Indira embodies a uniquely modern collision of ancient knowings and traditions. She fuses genre and sound in much the same way, drawing inspiration from myriad places with tender care. Cinematic soundscapes, painted in folk-noir, create a haunting and ethereal collection of songs that speak the language of mythology and fables. Utterly devoted to the details in her composition, arrangement, production and recording, Indira carves her songs with precision.

I can’t believe a month has already sped by! Moving into the studio has been so exciting, I had only planned to be in four days a week, and it’s been closer to six. I set up some mood lighting and put up my posters— the vibes are absolutely happening. Having somewhere to come and work has helped me to focus and given me so much drive. I’m feeling energised, excited and ready for ALL OF IT! Getting the vibe right!!
Photo courtesy of Indira Elias Mood lighting in the studio.
Photo courtesy of Indira Elias This first month has been about settling, planning and clearing the decks for the next five months of creativity. I’ve been working on the release of my debut album “Songs from a Moon//Songs by the Sun”, which will be out in a week, on October 22. The admin side of an independent release is a huge undertaking. It includes: design, website building, social media maintenance, writing press releases and sending many, MANY emails. Don’t get me started on the ten years it took to write and then build the skills to produce and engineer the body of work. It will be great to finally release her out into the wild. My first meeting with Astral People was great. I’m pretty sure I accurately conveyed how excited I was? I had a million questions and Tom and Vic were very generous with their knowledge.

We discussed breaking my (big) dreams down into smaller steps, the necessity of TikTok (uh-oh, you can find me @indiraelias.mp3 but I still don’t understand it), and got an idea of what we would be working on for the next few months. Overall it feels like guidance in refining my strategy by solidifying the foundations.