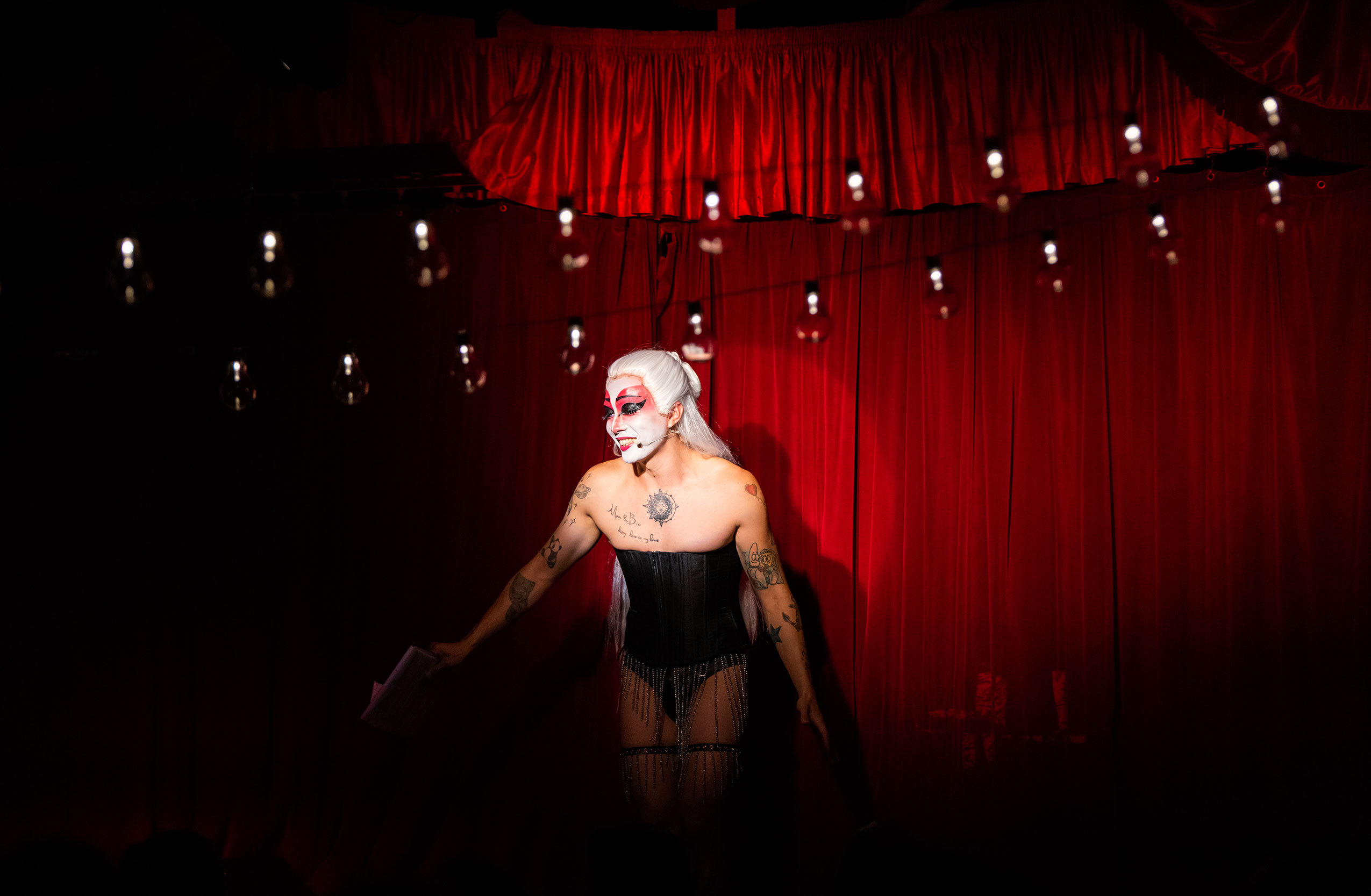 Self-described as the Asian empress of the gay streets of Sydney, Dyan Tai is a Malaysian-born musician, performance artist and DJ. Dyan is recognised for his edgy performances that are a yin and yang blend of electronic music influenced by Asian instrumentation and culture; sonically paired with his expansive androgynous lithe vocals.

Apart from music, Dyan is also the founder of Worship Queer Collective which was recognised and cited as part of the global movement to unite the Queer Asian community alongside New York, LA, San Francisco and Toronto. The Collective continues to champion the local “Queer Asian Excellence” movement through their rave-reviewed sold-out events such as Tiger Queen: Queer Lunar New Year Festival, Dynasty Social and Don’t Cha Wish You Yum Cha?

This month has been all about moving in to the Fellowship space and getting mentally and creatively prepared for the next 6 months. I have been coming to the Powerhouse at least 4-5 times a week and have been continuously writing new material. With the Powerhouse’s financial support, I have been able to expand my sound and skills as a music producer by purchasing new VSTs and plug ins to (such as Omnisphere, Valhalla SFX). I have also invested money in short online courses to learn more about music production. In addition to that, I have been successful in the Create NSW 2022/2023 funding rounds for the development and presentation of my debut album, Empress. I am really grateful to have the Powerhouse’s letter of support for my application and can’t wait to perform the material live here at the museum.

I learned about the importance of planning a release strategically based on short and long term goals. E.g. if my goal is to play a particular festival or engage a new audience who would be interested in a particular genre of music. The music plays a vital role and those goals should be considered and be prioritised when selecting the single. We also spoke about authenticity as an artist. I raised some concerns about being a queer artist who incorporates drag and performance art/cabaret into my shows and whether that would crossover to the main stage of music festivals and events. It was comforting and reassuring to hear from Tom and Vic that post-Covid, especially, music consumers want a different experience and I should continue being true to myself as a performer if that makes me different and sets me apart. The next stage of would be to continue developing my demo tracks and Astral will help select a single and/or EP tracks. Deadline has been set for end of June for a July release.

Watch Dyan’s Vlog for April – May

June was a very busy month! I completed 9 demo tracks and sent them to Astral People for review. With their recommendation, I am now preparing for a single and EP release later this year. I also used the North Annex entrance as the photoshoot location for my next event, Worship Queer Ghost Festival at The Red Rattler Theatre on 13 Aug. The event, which includes performance art, music and cabaret, will fall on the Ghost Festival weekend commonly celebrated by East/South-East Asian communities. I have been using the Generations Fellowship studio space to prepare for a new performance, “Monkey!” inspired by the legend of Chinese mythology, Monkey King.

The 16-minute performance piece includes live music, drag and aerial acrobatics and will premiere at Worship Queer Ghost Festival. It will then be developed further for my EP launch at Powerhouse later this year.

I received coaching from award-winning choreographer and director, Shaun Parker who has been my mentor for the last few years as part of his company’s Queerbites program. Shaun spent a day with me and aerialist, Michael Holmes at Powerhouse to work out the choreography for the performance piece.

“Monkey!” also includes a collaboration with one of the creative fellows at Powerhouse, Juune Lee who will design an interactive projection art piece to supplement the live performance.

July was all about preparation for my single release and forming creative collaborations. I completed the demo for my new single, written and produced it at The Powerhouse during my residency. I spent 2 days with Antonia Gauci who did the vocal production and mixing for the track. The song also includes collaboration with Mindy Meng Wang who sent me recordings of her playing the Guzheng to be added to the song. Once the mix was completed, it was sent to Studios 301 for the final master. In addition, I also collaborated with one of the creative residents at the Powerhouse, Craig Stubbs-Race who designed the cover art for the new single.

The single release will also include a music video filmed at the Powerhouse’s North Annex entrance. When filming the video, I couldn’t help but feel overwhelmed with gratitude and appreciation for the opportunities and support that I have received during the fellowship and from the community I have built through my activism who have come to support me during filming. It means a lot to me to be able to use the Powerhouse North Annex as the location of the shoot to commemorate the place where the single (and the upcoming EP) started. Overall, I’m really glad that everything is progressing well and we’re all set for single release on September 14th!

After months of preparation, I finally released my new single release, We Can’t Forget! It features Mindy Meng Wang on the Guzheng. This track is very special to me because I wrote and produced it during the fellowship at The Powerhouse Museum. The track is about rejection and finding comfort in one’s tribe and community. For the music video, we used the hallway as the secret entrance of an outdoor rave party and painted the outdoor party area with pink and purple lighting. I have loved my time here at the Powerhouse though I’ve always dreaded the day when the fellowship would come to an end. The music video has been a great way for me to capture my /me here at The Powerhouse and I’ll always be able to look back on one of the best things I’ve done as an artist. When it came to release week, it was tough… always a daunting process for me because I’m putting out music and lyrics that I’ve written to the world. This me I didn’t feel so alone and was able to use a lot of the skills that Astral People had taught me. Special thanks to Serena and Muna who reviewed my media release and social/digital strategy, “We Can’t Forget” premiered on Triple J Unearthed Radio’s New Release Program “Tops”, received support from FBI Radio and also the music video premiered on leading German indie arts/culture magazine, Kalblut Magazine. Sadly, I have just under a month left at The Powerhouse. While preparing to premiere a new show in Melbourne as part of Melbourne Fringe Festival, I have been inspired to keep creating to get the most out of my final month here. One of the most valuable things that I have learned is to keep creating meaningful and authentic music and plan ahead because as an artist, I should consider and reflect on my creative progress with each release rather than thinking of each single as a “be-all and end-all”. Changing my mindset has been really helpful to manage the release week expectations and has helped me maintain and positive outlook and motivation for the future.