Calling all Super Heroes and Super-Villains to The Art of the Brick: DC Comics, exclusive to the Powerhouse Museum, Sydney.

Created by legendary LEGO® artist Nathan Sawaya, this contemporary art exhibition uses over a million bricks to create more than 120 large-scale sculptures of the most enduring Super Heroes and Super-Villains: from Batman, Superman and Wonder Woman, to The Joker and Harley Quinn. Spread across 10 distinct galleries, it is the world’s largest collection of DC Comics-inspired LEGO artwork, ever!

The Art of the Brick: DC Comics showcases Sawaya’s interpretations on characters, vehicles, environments and themes found throughout the DC Comics mythology including transformation and reinvention, strength and weakness, as well as good vs. evil. Get ready to inspire the hero within! Due to popular demand, this exhibition has been extended until Monday 13 June 2016.

NEW SCULPTURE ADDED TO THE EXHIBITION:
A new, large-scale sculpture made from over 30,000 LEGO® bricks has been unveiled for the final weeks of the exhibition. Called ‘Showdown’, it features an epic confrontation between Batman and Superman and its release coincides with the Australian launch of Warner Bros. Pictures film Batman v Superman: Dawn of Justice.

Are you a MAAS Member? Access exclusive member prices here
You will need to present your MAAS Membership card along with your tickets on entry to the exhibition. 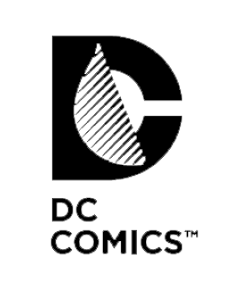 Propagandist Strategy or Artistic Agency?
A panel of specialists in Persian art, material culture, carpet weaving and Islamic art and architecture will discuss the significance of a unique pictorial Persian Dorokhsh carpet, showcased for the first time in Weavers, Merchants and Kings, an exhibition celebrating Cadrys 70th Anniversary, on now at Powerhouse Ultimo.
Talk