We acknowledge Australia’s First Nations Peoples as the Traditional Owners and Custodians of the land and give respect to Elders – past and present – and through them to all Aboriginal and Torres Strait Islander peoples.
Image: William Barton and Veronique Serret, photo by Ken Leanfore
Share: Email this

In 2020 William Barton was awarded the Powerhouse Indigenous Cultural Development Residency. The Commissioning Residency took place at the Sydney Observatory, with William’s collaborator musician Véronique Serret. The result of the residency is a new commissioned work, Songlines of our Universe which was inspired by the Sydney Observatory, the Southern Sky and the Powerhouse Museum collection.

As a featured event of Sydney Solstice, the Powerhouse will present the world premiere of Songlines of our Universe within the grounds of the Sydney Observatory, one of the most significant sites in the nation’s scientific history. The commission is made up of six movements which will be performed live by internationally renowned William Barton and Véronique Serret over four exclusive nights under the stars.

Join us for the world-premiere of this work and gaze at the stars while enjoying this unique live performance. Sydney Observatory astronomers will facilitate the viewing of astronomical objects with outdoor telescopes that inspired the commission including the Milky Way and Andromeda. A winter themed food and beverage offer will be available from leading NSW produce and wine makers to compliment the performance.

The bar will be offering a selection of beverages for purchase from leading NSW wineries and breweries, including Lock & Key Hilltops, Margan, Printhie Wines and the locally crafted Sydney Brewery Lovedale Lager.

Please note that this is an outdoor event.

William Barton is Australia’s leading didgeridoo player as well as composer, instrumentalist and vocalist. William first started learning the instrument from his uncle, Arthur Peterson, an elder of the Wannyi, Lardil and Kalkadunga people and was working from an early age with traditional dance groups and fusion/rock jazz bands, orchestras, string quartets, and mixed ensembles.

Throughout his diverse career he has forged a path in the classical musical world, from the London and Berlin Philharmonic Orchestras to historic events at Westminster Abbey for Commonwealth Day 2019, at Anzac Cove in Gallipoli and for the Beijing Olympics. His awards include Winner of Best Original Score for a Mainstage Production at the 2018 Sydney Theatre Awards and Winner of Best Classical Album with an ARIA for Birdsong At Dusk in 2012. In 2021 he was the recipient of the prestigious Don Banks Music Award from the Australia Council. With his prodigious musicality and building on his Kalkadunga heritage, William has vastly expanded the horizons of the didgeridoo.

Véronique Serret is a super versatile violinist who is carving a niche for herself leading string sections for rock bands, collaborating with indigenous artists, recording film scores and improvisation- her own compositions blending voice, violin and electronics. She is known for seeking out interesting collaborations, her willingness to experiment and her work on 6 string electric violin. Véronique is a member of art music group Ensemble Offspring and Joanna Newsom’s international touring band as multi instrumentalist and backing vocalist. She has a strong classical background and over many years has worked extensively with Sydney Dance Company, the Australian Chamber Orchestra, the Darwin Symphony Orchestra as well as many of Australia’s contemporary composers.

Recent collaborations include Bangarra Dance Theatre, a national tour of Gurrumul’s Bungul, performances at the Commonwealth Games and national festivals including Woodford Folk Festival, MonaFoma, WOMADelaide, Canberra International and Sydney Festival. Aside from her solo compositions, Véronique is part of HEARTLAND, a duo project with William Barton where she blends violin, voice and electronics. Recent commissions include their piece ‘Kalkani‘ for ABC and most recently ‘Bush Requiem’ for environmental artist Janet Laurence’s exhibition ‘Requiem’ at the Paddington Reservoir commemorating the bushfires in early 2020. In the recording studio Véronique continues to work on her own album of international commissions for electric 6 string violin and electronics as well as an album of solo works for violin and voice. 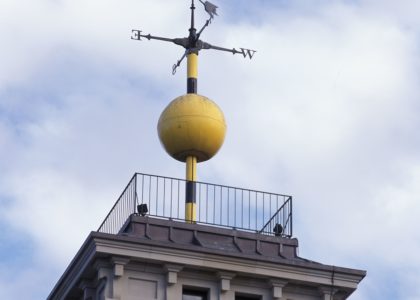 Astronomy Courses: Exploring the Heavens
A highly-engaging introduction to our night sky.
Workshop