The Powerhouse acknowledges the Traditional Custodians of the ancestral homelands upon which our museums are situated. We respect their Elders, past, present and future and recognise their continuous connection to Country.
Model wearing Zandra Rhodes garment, Autumn/Winter 1981-82, London. Photo Robert Rosen.
Share: Email this

Robert Rosen is one of Australia’s foremost social photographers. Over four decades he’s attended parties, concerts, fashion events and nightclubs across London, Europe and Australia, capturing the rich, famous and fabulous for the social pages of a slew of local and international newspapers and magazines. Defying the image of the pushy, intrusive paparazzi, Rosen was polite and discreet, earning the trust of his subjects to make them forget he was actually working as he drank champagne, networked and juggled the three cameras slung around his neck.

A participant observer, he favoured the spontaneity of the unobtrusive auto-focus camera which enabled him to capture intimate portraits that convey the mood and energy of the times. 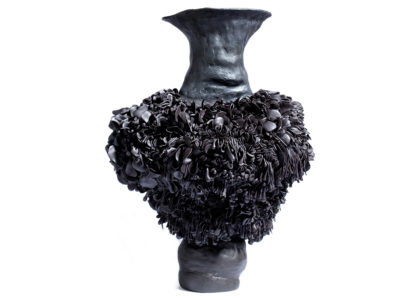