The Powerhouse acknowledges the Traditional Custodians of the ancestral homelands upon which our museums are situated. We respect their Elders, past, present and future and recognise their continuous connection to Country.
Pictorial Dorokhsh carpet. Hand-knotted wool, Birjand, Khorasan, Persia, about 1890. Photography Cadry 2022.
Share: Email this

A panel of specialists in Persian art, material culture, carpet weaving and Islamic art and architecture will discuss the significance of a unique pictorial Persian Dorokhsh carpet, showcased for the first time in Weavers, Merchants and Kings, an exhibition celebrating Cadrys 70th Anniversary, on now at Powerhouse Ultimo.

The hand-knotted wool carpet, made in Birjand, Khorasan, Persia, about 1890, was recently acquired by the Cadry family having captured the private collectors’ attention for being one of only a handful of known examples of very large antique Dorokhsh carpets to feature an architectural scene as the central design. It appears to depict an Indian palace and it is speculated it may have been intended for display inside one. This object is very similar to noted Dorokhsh pictorial carpet from Golestan Palace, Iran.

Since the early 1500s the Dorokhsh region – near Birjand and Qaen in South Khorasan, Iran – has been renowned for the design and production of traditional Persian carpets. Our panel conversation will focus on the mechanisms around the creation of this particular Dorokhsh carpet to examine the agency of the artists who made it and the spectrum of socio-cultural and political factors involved in the traditional act of carpet-weaving.

Dr Mahroo Moosavi is Nizami Ganjavi Fellow at the Faculty of Oriental Studies, University of Oxford, and Lecturer in Architectural History at the University of Sydney. She is a former Bahari Fellow in the Persian Arts of the Book at the Bodleian Libraries, and Oliver Smithies Lecturer at Balliol College, University of Oxford. An art historian, specialised in the arts and architecture of early modern Iran, her research focuses on the intersections of art and literature of the 16th, 17th, and 18th centuries Persianate societies.

Dr Moosavi particularly interested in the thematic and architectonic connotations of the textually inscribed objects and the epigraphic programme of the public buildings of the major early modern Iranian cities such as Isfahan and Qazvin. Her research is also concerned with new readings of the arts of Islam and Iran through blurring the boundaries between the visual and textual cultures, such as in the cases of the illustrated manuscripts and the single-page paintings of the Safavids (1501–1722 AD).

Sign Up to hear more about Charkha and Kargha 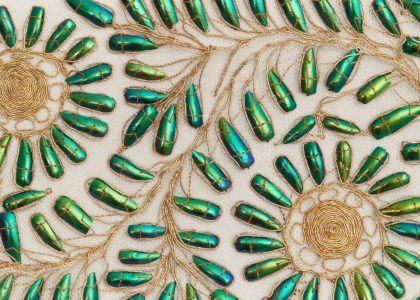 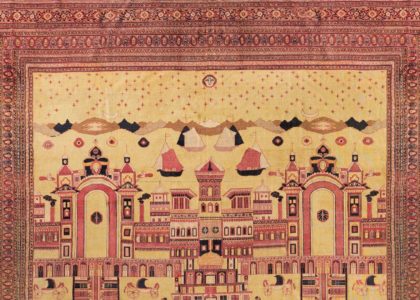