Graphic Identities highlights eight ground-breaking Australian design archives from the Powerhouse Collection. Featuring work from celebrated 20th Century designers including Douglas Annand, Frances Burke, Gordon Andrews and Arthur Leydin, the exhibition explores the role of visual communication in shaping contemporary Australian culture. The selected designers, many of whom honed their skills in commercial art and visual design in technical colleges around Australia, became founding members of the emerging design institutes and art societies of the early 20th century. Through their work in advertising, publishing, fine art and textiles, these designers created the image of iconic Australian brands including David Jones, National Trust, Dri-Glo, Tourism Australia and the Reserve Bank.

The design archives on display reflect a wide range of disciplines and media – including pre-digital commercial art and graphic design, typography, collage, illustration, printmaking and painting – demonstrating design’s unique ability to span creative industries. These archives chart pivotal moments in the history of Australian design and draw inspiration from a range of influences including native flora and fauna as well as local and international collaborations with leading artists and designers such as László Moholy-Nagy and Russell Drysdale.

In an increasingly interconnected and shifting global landscape, the design industry’s role in effective and far-reaching visual communication has never been more important. These archives demonstrate design’s enormous power in harnessing symbolism and imagery to bridge social barriers and shape our cultural identity. Douglas Annand was a stylistic chameleon adept at playing with form, perspective, scale and medium. Alistair Morrison was recognised for his exceptional skill in marrying type and illustration. Gordon Andrews was adept at modulating any visual field, be it a postage stamp or a sports stadium. Shirley de Vocht found success as an industrial designer when there were few women in the field. An expert in corporate identity, for Pieter Huveneers design and business were inseparable. Arthur Leydin campaigned relentlessly for the cultural significance of graphic design in Australia. 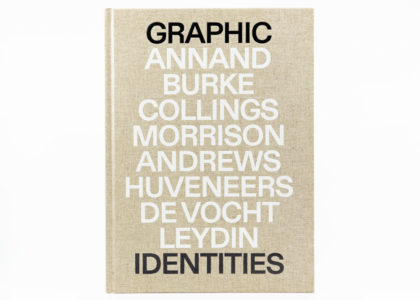 Graphic Identities
Back to top of page Visible Thinking in the Museum
Join Peter Mahony, Manager of the Education and Digital Learning Team for 26 years, for a webinar on Visible Thinking, an Education strategy utilised at the Powerhouse Museum
Talk